Diane Karusisi, the statistician at the head of Rwanda’s largest bank 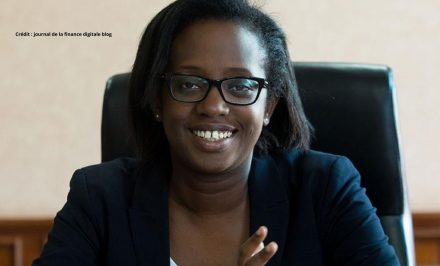 A statistician, economist and businesswoman, Diane Karusisi is the CEO of the Bank of Kigali, one of the largest commercial banks in Rwanda.

It was in 2009, after discussions with members of the Rwandan president’s delegation at the Davos Forum in Switzerland, that Diane Karusisi, who had been working in Switzerland for years, decided to return to Rwanda. A country she had never lived in before. Working at the time at Credit Suisse in Zurich, she returned to Rwanda after getting a position in 2009 as an advisor at the National Institute of Statistics in Rwanda, of which she later took over as Director.

Born in the Democratic Republic of Congo (DRC), she spent her entire childhood and her teenage years there. At the end of the genocide, when her family returned to Rwanda, she flew to Switzerland for her higher education. A few years later, she obtained a Master’s degree in Econometrics and then a PhD in Quantitative Economics at the University of Fribourg in Switzerland in 2006. She started her professional career in 2000 as an assistant professor of statistics at the same university where she spent 6 years. In 2007, she joined Credit Suisse Asset Management in Zurich where she worked as a « Fixed Income Portfolio Engineer ».

In 2009, she returned to her home country, Rwanda, and joined the National Institute of Statistics as an advisor and later, in 2010, as General Manager. At the head of the institute, she supervised several surveys, including a survey on poverty in the country, which allowed her to assess the effectiveness of measures taken by the government to reduce it, as well as a survey on the population. These field surveys allowed her to feel the realities of Rwandan society with her fingertips.

For some time, she also worked as Head of Strategy and Policy and Chief Economist in the office of the Rwandan President. In 2016, she became the Chief Executive Officer (CEO) of the Bank of Kigali, one of the largest commercial banks in the country in terms of assets. Since her tenure, she has brought to the bank several innovations, including an extensive digital transformation journey.

Diane Karusisi is an expert in “risk modelling and measurement”. She published in 2009 her doctoral work entitled “Dependency in a credit portfolio: modelling using copula functions”.

In 2019, she was listed in the 100 most influential African women Ranking by Avance Media.