Namibie : Bience Philomina Gawanas, the special advisor on Africa in the United Nations 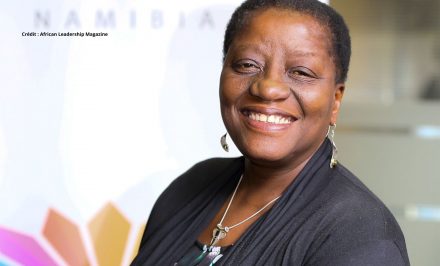 Bience Philomina Gawanas is a Namibian lawyer, the current special advisor on Africa in the United Nations. A position that she has been holding since 2018.

Bience Philomina Gawanas studied law during the Apartheid period in South Africa. After her secondary studies, when she joined the University of the Western Cape, she remembers that one of the white school sponsors advised her to switch from law to nursing, considering her as lower than white students. But she decided to stick to law. An interest that she developed following a personal experience. Her brother was, once, arrested and beaten to death while hitch-hiking and was wrongly accused of a road accident.

In 1976, soon after the Soweto uprisings, she was forced out from the University. After her expulsion, she got enrolled in the South West Africa People’s Organization (SWAPO) Youth League in Namibia and a teacher. She left Namibia and lived in Zambia, Angola and Cuba.

In 1988, she went to Zambia to visit her daughter and was incarcerated by the SWAPO and was later, released. In 1989, she and her daughter were repatriated to Namibia by the United Nations.

A career in the Namibian government, the UN and NGOs

She started her career, soon after coming back to Namibia in 1989,  in a law firm and worked with a lawyer who was later murdered by Apartheid agents. Then, she worked  in a public-interest legal assistance centre until 1991 when, she was appointed to the public service commission by parliament.

Since 2020, she sits on the board of the International planned Parenthood Federation.