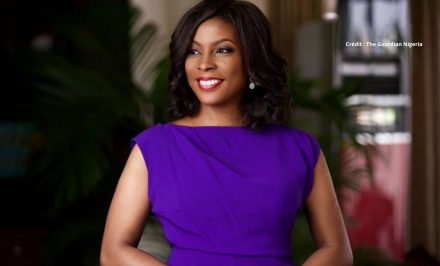 For more than a decade, Juliet Ehimuan has been running Google’s operations in West Africa. In 2011, the Nigerian technology expert and entrepreneur was listed in Forbes « 20 youngest Power Women in Africa ».

Since her appointment as Country director at Google, leading the company’s business strategy in West Africa region, Juliet Ehimuan has greatly contributed to the development of the online presence of Africans.

She holds a Bachelor degree in computer engineering from Obafemi Owolowo University in Nigeria in 1994 and a postgraduate degree in computer science in 1997 from the University of cambridge. In 2008, she obtained an MBA in strategy, entrepreneursip, organisational behaviour from the London Business School in England. She is currently pursuing a PhD in Business administration, organizational leadership in Walden University.

In 2005, she embarked on entrepreneurship and founded SI Consulting Ltd in the UK which provided consultancy in strategic business development, team leadership for companies… During 4 years, she managed to deliver E-business strategy for one of the top 3 Nigerian banks, Zenith Bank. She also codeveloped an online citizenship strategy for MSN International, among other things.

In 2009, she returned to Nigeria where she joined Chams Plc, the leading ICT firm in Nigeria, as General Manager of strategic business units. There, she was responsible for leading and formulating strategies for Chams Strategic Business units.

Two years later, she left and joined Google in 2011 as Director in West Africa and country manager in Nigeria. As the director of Google in West Africa, she was responsible for leading Google’s strategy and business growth in the region and driving the strategy for the Next billion Users in Africa. As the country director in Nigeria, Africa largest internet community, she developed a series of innovative products to build the online ecosystem in the country, designed initiatives to make internet more available and affordable in the country. She also contributed in the content development, by helping get Nigerian movies, music, fashion…on youtube to promote the national content.

Juliet Ehimuan is also the founder of « Beyond Limits Africa », an initiative aimed at building the capacities of young Africans and helping them become the best versions of themselves. It offers to the youth educative mentorship programs that takes them on a journey of self-discovery, in order to help them discover their full potential. It also organizes sessions of masterclasses where topics related to different aspects of life are tackled.

Juliet Ehimuan has earned several distinctions. She was recognized by the London Business School as one of 30 people changing the world and was ranked in the Forbes « 20 youngest Power Women in Africa ».