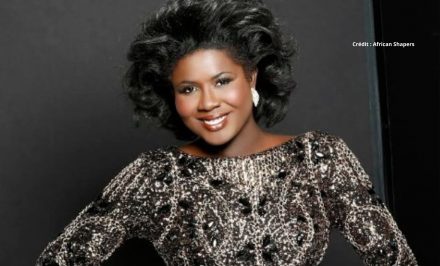 Businesswoman, investor, philanthropist… Roberta Annan has many strings to her bow. Passionate about fashion, she founded the African Fashion Foundation in 2011, as well as the “Impact Fund for creative industries” in 2021, two initiatives aimed at supporting the fashion industry in Africa. The Ghanaian is a United Nations Environment Program Goodwill Ambassador for creative economy.

Highly committed to the empowerment of women, but also to solving several social problems in Africa, Roberta Annan is one of the most influential businesswomen on the continent.

With a degree in biochemistry from Carleton University in Ottawa, Canada and a master’s degree in biotechnology from Georgetown University in the United States, she began her career as an intern at the United Nations, determined to become a competent consultant. What she became a few years later. In charge of mobilizing funds and resources for UN projects around the world, she collaborated with several very wealthy “Family offices” which will later become her clients. She specialised in public relations. This experience led her to create LJ Africa Advisors, through a partnership with LJ Partnership, an English company managing the assets of wealthy families. Then, in 2012, she founded Roberta Annan Consulting, renamed Annan Capital Partners in 2016. “After realising that investors need to be confident I believe in the companies I am asking them to back, I started investing my own capital to show them that I was willing to put my money where my mouth is,”she confides on her website.

In 2011, she founded the African Fashion Foundation to support the growing fashion industry in Africa. With her own funds, she decided to support African entrepreneurs in the sector. “I realised that the industry was always looking for new ideas and that the creative potential of Africans had been wasted or neglected for a long time in Europe and the United States in particular,”she explains on her website.

It is an NGO that provides fashion designers and creative professionals in Africa with the means to succeed in the global fashion industry.

Ten years later, in 2021, she created the “Impact Fund for creative industries”, an investment fund that focuses not only on fashion, but also on African designers in general. Launched in 2021 during Paris Fashion Week, the $100 million fund is intended to provide grants to develop the creative sector in Africa.

In addition to fashion, she is also involved in various fields such as agribusiness, sustainable luxury and sits on several boards. She is a board member of Frallain Group, Industrie Africa, Women’s empowerment and investment group, Ghana France Business Club, Rose of Sharon Foundation…

Roberta Annan has received several leadership awards, including the “20 under 40 influential business leaders in Ghana” in 2017, the “Feminine Ghana Achievement Award” and the “Woman 2.1 Summit Award”. She was the youngest African woman to be inducted into the African Leadership Hall of fame. In 2020, she received the Global Style Icon Awards – Fashionpreneur of the Year and The Business Executive Award-She Achiever Award.