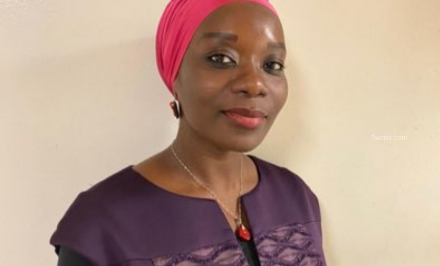 Since August 2020, Fadji Zaouna Maina has been working at the National Aeronautics and Space Administration (NASA). The Nigerien scientist specialising in hydrology is now one of the few Africans to join this prestigious institution. In 2019, she was listed in the Forbes 30 Under 30 ranking.

Since her childhood, Fadji Zaouna Maina has always wanted to work for NASA, as she confides to several media. In 2020, she saw her dream come true. End of 2019, she was noticed by the American agency thanks to an article she published on regional vulnerabilities to extreme weather conditions, particularly focusing on the case of California, victim of severe fires.

From Zinder (Niger), her birthplace, to NASA (USA), the young scientist has followed an exemplary path. After obtaining a scientific baccalaureate in Niger, she joined the University of Fez in Morocco in 2008 where she studied geological engineering. In 2011, she joined the University of Strasbourg where she got a master’s degree in environmental engineering in 2013. Three years later, in 2016, she obtained a PhD in hydrology at the same institution.

Studying the effects of climate change and pollution on water resources

As a researcher, she specialises in studying the effects of climate change. In parallel to her studies, she worked in several scientific laboratories, namely the National Center for Scientific Research in France, the Commissariat for Atomic Energy and Alternative Energies, the Laboratory of Hydrology and Geochemistry of Strasbourg… She studies, in particular, the effect of both climate change and pollution on water resources and the prediction of future needs. Coming from a country vulnerable to the effects of climate change, she is also working on the effects of drought in the African Sahel region and on ways to improve access to drinking water in Niger.

After an experience as a researcher at the « Politecnico di Milano » in Italy in 2017, she joined in 2018 the Lawrence Berkeley Laboratory in California (USA) for a postdoctoral training. From there, she was recruited to be part of the NASA team.

In addition to her research, she is also an advocate for the education and empowerment of Nigerien women, to make it easier for them to enter scientific careers. “I want more and more Nigerien women to work in science, to follow the same path as me and to join me at NASA,” she tells Jeune Afrique.

Thanks to her work, Faidji Zaouna Maina was listed in the 2020 Forbes 30 Under 30 ranking. In 2019, she was named Massachusetts Institute of Technology (MIT) Rising Star in Civil and Environmental Engineering. In 2017, she was awarded the Best Thesis Award in Science and Technology from the University of Strasbourg.