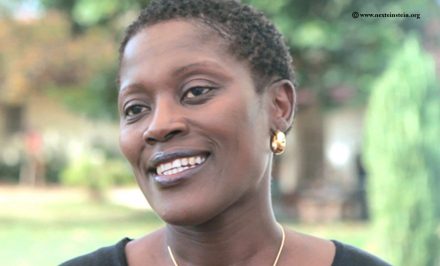 Julie Makani is a medical researcher from Tanzania. She is known for her research for the treatment of sickle cell disease.

Julie Makani is Associate Professor in the department of hematology and blood transfusion at Muhimbili University of Health and allied sciences in Dar Salaam. Originally from Tanzania, one of the five countries in the world with the highest rates of annual births of sickle cell disease, this scientist is considered one of the few Africans who conduct research on this sickness. It is a genetic disease characterized by a malformation of red blood cells and a low level of hemoglobin whose function is to transport oxygen to the cells, causing seizures, respiratory problems … in patients.

It was during her doctoral studies in 2003 that she became interested in the clinical epidemiology of sickle cell disease. A common disease in Tanzania, but which remains unknown. She carried out research on the subject for four years. In 2004, the Wellcome Trust Foundation granted her a new funding to develop a program on sickle cell disease at Muhimbili University. This allowed her to put more than 2,000 patients with sickle cell disease under control. This research is one of the most important studies in the world on this disease.

Julie dedicates her work to finding a cure for sickle cell disease. Her objective is also to influence health policies so that Africa has access to diagnostic tests and essential drugs for the treatment of this disease.

Julie Makani conducts field research among the population. She performs procedures such as blood transfusions and hydroxyurea, a cure that works on the bone marrow and is a step in the treatment of sickle cell anemia. Her ambition today is to develop a drug by gene therapy.

In addition to being a technical expert for the World Sickle Cell Research Network, she is also involved in associations. She created the Tanzanian Foundation for Sickle Cell Disease. She also co-chairs the Working Group on Sickle Cell Therapy with Hydroxyurea (a method that increases oxygen in the fetus). She also works with other organizations such as the Regional Network for sickle cell disease Research in East and Central Africa or the Consortium for health, advocacy, research and training in Africa … to establish a national and pan-african network around the issue of sickle cell disease.

Thanks to her commitment to promoting the treatment of sickle cell disease, she has received numerous international awards. In 2009, she received the Archbishop Tutu Leadership Fellowship from the African Leadership Institute. In 2011, the Royal Society awarded her the Pfizer Prize for her work whose aim is to better understand the molecular, genetic and environmental mechanisms of sickle cell disease. In 2019, she was included in the BBC 100 Women ranking.

Julie Makani graduated in medicine from Muhimbili University (1994). In 1997, she completed an internship in internal medicine at the Royal postgraduate Medical school in London. She was also a researcher at the University of Oxford.