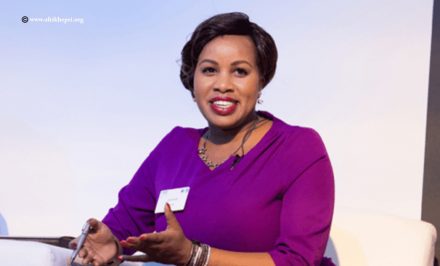 When Lorna Rutto left her position as banker in 2009, her entourage thought she was crazy. Though she was well paid, she felt at the wrong place. She quit her comfortable office, to join landfills of Nairobi to collect plastic waste which she recycled in building materials. In ten years, her company, Ecopost, has recycled millions of tonnes of waste in Kenya and contributed to fight deforestation in the country.

Lorna Lutto was born in kenya in 1984. She spent all her childhood and adolescence in a slum of the country where pollution, problems with waste management, wastewater, the smell of sewers… were part of the daily life of the inhabitants. The waste collection services barely picked up the garbage in the slum. At an early age, the young Kenyan woman was already embarrassed by this situation. She collected plastic wastes that she melted to create ornaments and sold them to her friends. « It was not so much the earrings that I made that interested me. I just wanted to get rid of all this plastic,” she told Cartier women’s initiative.

Living in a disadvantaged neighborhood, with enormous economic difficulties, she opted for studies in accounting, to improve her situation. After a degree in « Finance and Accounting », she was immediately hired in 2008 at Imperial Bank, one of the largest banks in Kenya. But what had always been her dream failed to fulfill her. Despite comfort and an attracted salary, she decided to leave her job two years later. “There was something wrong. I felt deep inside that the bank did not really meet my needs. I had to find an area where my work was making a difference. Today with waste, it is different. You know waste does not make a difference between rich and poor, “she told Canal +.

In 2009, with savings of just over $ 5,000, she decided to take a leap in entrepreneurship, with the challenge of changing society. She embarked on the adventure with a young biochemical engineer whom she met in her former job and created Ecopost, to transform plastic wastes into building materials.

At the very beginning, the small factory transformed 5 tonnes of plastic waste per month. But over time, this capacity was quickly increased, since the country produces 100,000 tonnes of wastes per day, 20% of which is plastic waste. Today, Ecopost buys 30 tonnes of waste every month, which is sorted out and then transformed into construction materials which can be used to build fences, houses, traffic signs… instead of wood and iron, reducing thus the felling of trees. Since its creation, the company is said to have recycled 3.5 million kilos of plastic waste. In 2010, Lorna Rutto was given the Cartier Women’s Initiative Awards for her project.

In 2015, the company made a turnover of 65 million FCFA (100 thousand euros), but the road to success was not easy. After opening her factory in 2009, the young entrepreneur was quickly faced with the difficulty of paying her workers. “We were fighting to run the factory because we had no working capital. It was hard to work and to know that I had no money to pay the workers. I borrowed as much as possible because otherwise it would cause a riot, “she told Canal +. She also had to face a male environment. “Some people criticized me and asked me what I was doing there and why I left my job which paid well,” she told NTV Kenya. Despite these obstacles, Ecopost has created, since 2010, more than 50 direct jobs and 2,000 indirect jobs for people living in marginalized communities.