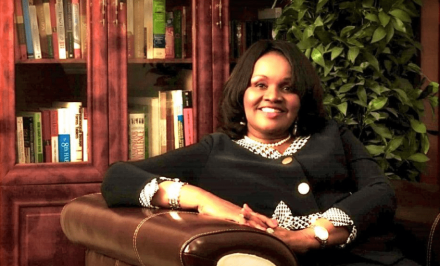 Stella Chinyelu Okoli is the head of Emzor Pharmaceuticals industries Limited, one of Nigeria’s largest pharmaceutical companies. The firm which she founded in 1977 now produces locally over 140 drugs.

It was in the pharmaceutical industry that Stella Chinyelu Okoli decided to invest in the 1970s, after a work experience in the United Kingdom at Middlesex Hospital in London, and in Nigeria in the pharmaceutical company Pharma Deko. After graduating from the University of London in 1971 with a Master’s degree in Biopharmacy, she set up her pharmacy, “Emzor Chemists Limited”, which initially specialised in the retail sale of medicines and later moved to wholesale and import of medicines.

Providing affordable and quality healthcare to the Nigerian population

In its forty years of existence, the pharmaceutical company, now known as Emzor Pharmaceuticals Industries Limited, has become one of the largest in Nigeria with a 25% share of the analgesic market. Through its 3 factories, the company which aims to provide affordable and quality healthcare to the Nigerian population and create jobs, manufactures more than a hundred drugs, including antimalarials, antibiotics, vitamins, cardioprotective drugs… It is located in several African countries, notably Sierra Leone, Ghana, Liberia, Mali…, and has subsidiaries, in the manufacture of medical equipments, vaccines…

Stella Chinyelu Okoli also promotes youth entrepreneurship. In 2006, in memory of her late son, she created the Chike Okoli Foundation, which launched several initiatives, namely the promotion of entrepreneurship. Among other things, it created a centre for entrepreneurial studies at Nnamdi Azikiwe University where more than 250 students are trained in entrepreneurship every year.