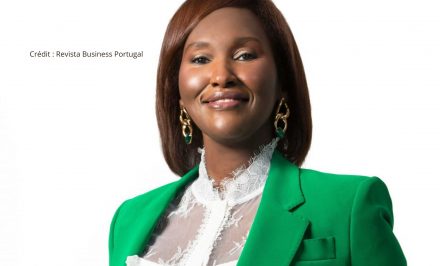 Last December, the Bissau-Guinean businesswoman, Nelma Fernandes, was elected President of the Confederation of Enterprises of the Community of Portuguese-Speaking Countries (CE-CPLP). The businesswoman thus becomes the first woman to lead the organization since its creation in 2004.

On December 12, the Bissau-Guinean businesswoman replaced Mozambican Salimo Abdula, who had led the confederation for eight years. Before becoming President of the EC – CPLP, Nelma Fernandes first served as Vice-President of the Executive Commission of the institution from 2018 to 2022.

Nelma Fernandes is a certified international entrepreneur and coach. She has a degree in Architecture and Financial Management and a postgraduate degree in Leadership and Career Development, as well as an Executive Master in Management and a postgraduate degree in non-verbal language from the Catholic School of Business and Economics in Lisbon. She first worked in the banking and asset management sector, namely in Banco Santander Totta, one of the largest private banks in Portugal, from 1997 to 2005, as a project manager. Subsequently, she managed for ten years, various multinational franchises, among  which the Italian brand Intimissimi from 2007 to 2016, and introduced in Portugal in 2015, the Italian cosmetics brand, Wycon.

The Bissau – Guinean based in Portugal businesswoman is also a certified international coach from the International Coaching Community (ICC) specializing in coaching leaders, managers and teams. As a specialist in neuroscience, she also provides training to help people overcome and heal symptoms of Post Traumatic Stress Disorder (PTSD).

With a background in entrepreneurship and coaching, Nelma Fernandes regularly speaks at conferences on coaching and leadership.