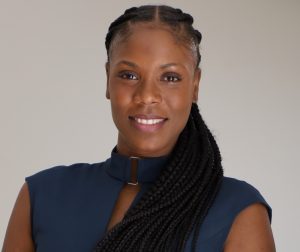 Africa is home to a vast medical knowledge, unfortunately it is unknown and often undervalued. Anyse Pereira, a natural resources specialist, hopes to remedy this by promoting African ancestral medicine. The Cape-Verdean, who is also dedicated to advancing STEM in her country, was selected in 2022 for the U.S. Department of State’s Mandela Washington Fellowship.

Anyse Pereira is specialized in biodiversity conservation and natural resources management and currently works at the Joint United Nations Office in Cabo Verde for UNDP, UNICEF and UNFPA. She is especially interested in projects concerning food security, agriculture, climate change, biodiversity governance and sustainable development…. “Since 2020, I have been working with UNDP and I have found my true love: projects. I like projects. I especially like to see how they have a real impact on the lives of communities,”she tells Africa Women Experts.

At a very young age, she was « affected » by the “curse of finding everything interesting and wanting to do everything”, she tells us laughing. She first studied pharmacy at the Intercontinental University of Cabo Verde, graduating with a Bachelor’s degree, before switching to  “molecular genetics and biomedicine” at the Faculty of Technology of New University of Lisbon in Portugal, after a gap year in the UK perfecting her English. Afterwards, she enrolled at the Nova School of Business and Economics, for a PhD in “tropical knowledge and management”, which she successfully defended in July 2022. A training combining management, food safety, environmental conservation, health, genetic resources valorization…

It was during her thesis that she studied the endemic and indigenous plants used in traditional African medicine. “Traditional African medicine is the oldest form of health system in the world. It must therefore have some added value, because it is thanks to it that humanity has survived to this day. There are still African countries that rely heavily, for more than 80%, on this health system “,she explains. In her work, she mainly focuses on endemic plants that have never been studied before, in order to better understand them and integrate traditional treatments into the health system in Africa. “It is not possible to achieve better health in Africa without involving traditional healers and community leaders. They must be included in the design and implementation of health systems and health campaigns,” she insists. Moreover, the scientist is concerned about the tendency of “westernization” of health in Africa, which aims to completely replace traditional medicine in favor of pharmaceutical drugs, without exploring its potential or the dynamics of their use by local population. “I believe that there should be integration, whenever possible. Sometimes, international organizations come to us, with a posture of depreciation of the knowledge what we relied upon for years, what our grandparents, community leaders taught us, not willing to understand its value or if it’s worth to explore more. I’ve seen many projects fail because of this lack of integration of local knowledge within project implementation,”she explains.

In addition to her commitment to promoting African ancestral medical knowledge, she works to include indigenous plants in diets in Africa, as they have high nutritional values. “I advocate for these plants to be included in our diets again, as they are more sustainable and adapted to our environment and require fewer resources to grow,”she explains.

Anyse Pereira also works to mitigate and reduce the effects of climate change. She carried out genetic research on certain plants adapted to abiotic stress such as dry climates, heat and salinity, to exploit their genetic background in order to also make other plants more resilient to climate change, especially those that are economically important.  In the same way, the researcher works for the conservation of biodiversity in Africa. She conducted research on floristic resources in West Africa, which led to discover that Cabo Verde is the second richest country in West Africa in number of endemic species. “Any loss of these species would represent a global loss. It is very important to put in place more species conservation policies,”she says.

Currently, she is also running a “recycling of wine industry residues” focused in exploring grape marc’s phytochemical and nutritional potential, a project funded by UNESCO Man And the Biosphere (MAB) Program and which should allow winegrowers to have an additional source of income. “In Cabo Verde, we produce wine and the grape residues are simply wasted. They are not exploited and yet it is a source of many nutrients and many other bioactive components such as antioxidants,” she explains.

From 2019 to 2022, Anyse Pereira served as Ambassador of the Next Einstein Forum, promoting Science, Technology, Engineering and Mathematics (STEM) in Cabo Verde. As such, she organized a number of initiatives, including the “STEM and Art ” Festival which brought together nearly 350 high school students from the island of Santiago at the University of Cabo Verde. An event during which high school students were immersed in the world of science and technology, through workshops on robotization, simulations of environmental consultations, water quality assessments etc. Due to its success, this initiative was replicated on São Vicente Island for the benefit of more than 60 high school students. In the same framework, she also organized the “Science Parliament” that brought together parliamentarians from the major parties of the country, secretaries of state, researchers and students around the issue of “brain drain of scientists”.

Given her civic commitment, she was selected in 2022 for the “Mandela Washington Fellowship”, a U.S. Department of State’s program for young African leaders, which allowed her to spend six weeks of intensive leadership training at Wayne State University and an additional 4 weeks at African Wildlife Foundation, as part of a professional development experience.

Committed to promoting STEM in Cabo Verde, as well as changing the lives of populations through natural resources projects with real impact, Anyse Pereira now aspires to advance her scientific career at the international level, in order to have a greater impact.