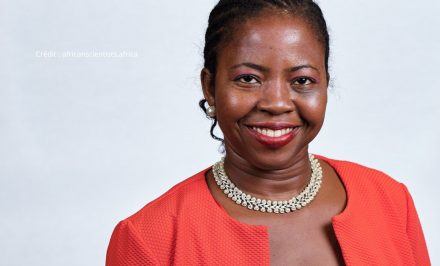 Eucharia Oluchi Nwaichi is a Nigerian environmentalist, biochemist and toxicologist specialized in the treatment of soil environmental problems through the use of local plants. The Port Harcourt University lecturer is also expert in the elimination of toxic heavy metals from contaminated soil. She received the Maddox Prize in 2022 awarded by « Sense About Science ».

In Nigeria, Eucharia Oluchi Nwaichi has intensively contributed to raise awareness of soil pollution, and to resolve disputes between local communities and oil companies, due to pollution in the oil fields, especially of the Niger Delta. Through her research, she has come up with solutions to clean up the soil, namely phytoremediation, despite threats to her career and personal wellbeing, confiscations of her recordings and findings by one oil company. Her courage and intensive research work have earned her recently the « Maddox Prize » awarded by Sense About Science organization, in partnership with the scientific journal “Nature” which rewards annually individuals who have shown courage and integrity in standing up for sound science and evidence. « Through her research, she has been able to resolve a dispute opposing local communities and an oil company on the consequences of liquid waste on fish stocks in Rivers State, ending a conflict that threatened to escalate into violence »,explains Sense About Science on its website.

Eucharia Oluchi Nwaichi studied at Port Harcourt University in Nigeria where she got a Bachelor, a Master degree and a PhD in biochemistry with a focus on studying the enzyme technologies that support environmental clean-up. She conducted molecular and ecological studies on contaminated soil.

Before joining Port Harcourt university as a lecturer, she worked in various companies, namely Dangote (2003-2004) as a quality control officer, Coca Cola (2004-2008) as Business development, Shell Petroleum Development company (2009-2020) where she was research scientist. She was also visiting fellow at the Institute of agrophysics (2013-2014), visiting faculty member at University of Massachusetts Amherst (2014 – 2015), visiting academic at the University of Nottingham in UK…

Since 2020, she has been Director of Exchange and linkages programme Unit in Port Harcourt university. She is also an Environmental consultant to some oil service companies. In 2013, she became an international fellow at L’Oreal –UNESCO Awards in physical sciences.