Tunisia : Neila Benzina, a reference in the African tech 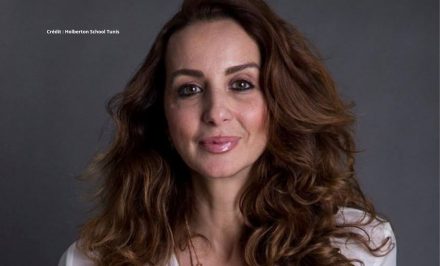 Businesswoman, serial entrepreneur, data and digital specialist, Neila Benzina is the founder of Wimbeetech and the co-founder of the Holberton School of Computer Engineering in Tunis. The Tunisian, who is committed to developing the African Tech market, is the founder of the Association for the Support of Technology Start-ups (ASSTT) in Tunisia.

After graduating in Telecoms and Management from the National Institute of Telecommunications in France in 1999, she started her professional career as a manager at Business & Décision, a French company specialised in E-business. There, she was initially in charge of project management, team management and business development. …. After nearly ten years with the company, she suggested to the founder of the company to explore the African market. Although he asked to wait a little while, as he did not consider his company to be mature yet, she gradually managed to take on small projects in Africa.

In January 2009, Business & Decision Middle Africa and Africa was created. She became its manager and later its CEO. She opened subsidiaries in Tunisia, Algeria, Morocco… as well as in sub-Saharan Africa and the Middle East. She was responsible for the implementation and execution of the company’s strategy in all its sales, production and resource management activities. The company also opened in Switzerland, the United States, etc… This success allowed her to enter the capital of the company. Given its enormous potential, the company was subsequently acquired by Orange, less than 10 years after its creation.

In 2019, she decided to open a new chapter in her professional life and created Wimbee Tech, a firm specialised in data, digital education, digital web transformation…She also founded the online training platform “Techwin” specialised in IT, Tech…

She co-founded Holberton School Tunis, a school of computer engineering in Silicon Valley, supported by the CEO of Linkedin and the co-founder of Yahoo. In 2019, the school opened a campus in Tunisia, in collaboration with the AfricaTek Academy and with the aim of providing students with the necessary computer engineering skills. The school is also committed to signing partnerships with national and international companies to hire students upon graduation.

Neila Benzina is also the president of the Tunisian Association for Communication and Technology. An organization that brings together the main actors in offshoring in Tunisia and aiming, among other things, at assisting major global stakeholders in the offshoring sector to set up in Tunisia.

In 2022, she founded the Association for Support of Technology Startups (ASSTT) in Tunisia, which aims to develop communication mechanisms between France and French-speaking African start-ups.

In 2017, Jeune Afrique ranked her among the 50 most powerful women in Africa.