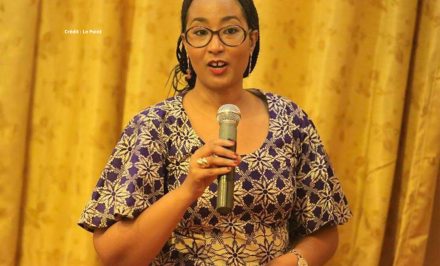 Fati N’Zi Hassane is the new Africa Director of Oxfam International, a confederation of various charities organizations around the world. The Nigero-Ivorian, who was appointed to this position last October, is an expert in international development.

Trained as a statistical engineer, Fati N’Zi Hassane will head the Africa branch of Oxfam International. Last week, she announced her appointment on her Linkedin page. “I’ve joined Oxfam International as Africa Director earlier this week.I’m looking forward to contributing to Oxfam’s feminist and decolonial agenda and to continuing fighting against inequalities.One of my priorities will be to ensure Africa’s voice is heard within the Oxfam Confederation and beyond,” she said.

Before joining Oxfam, she worked at the African Union Development Agency (NEPAD), which she joined in 2016 as chief of staff to the agency’s executive secretary until 2019 and at the same time as “Head of program for skills and youth employment” and then as “Head of division for human capital development” from 2019 to 2022.

Fati N’Zi Hassane graduated as a statistical engineer from the National School of Statistics and Applied Economics in 2002 and got an MBA from ESSEC Business School in 2005. She began her professional career in the private sector before specializing in international development. She was a senior analyst and consultant in management and organization at the French company Accenture from 2006 to 2012. She then joined Comutitres, the French company specialized in the management of transport tickets, notably for the Régie Autonome des Transports Parisiens (RATP), the National Railway Company (SNCF)…as program manager, from 2012 to 2014. She also worked at LexiNexis in Paris, as a program manager from 2014 to 2015, before turning to Africa. In 2015, she joined Performances Group, a consulting and management firm specializing in the African continent, as Senior Manager in charge of the Ivorian market.

Fati N’Zi Hassane is also a founding member of Snopes, a website created in 2020 and aimed at fighting computer hoaxes and the spread of unfounded rumors online.