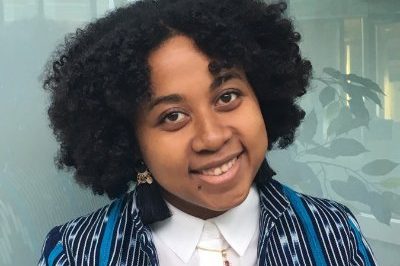 Originally from Madagascar, Jeimila Donty works to protect marine biodiversity in Africa. Recently, she initiated the “Koraï” project to save Africa’s endangered corals.

Protecting and saving corals in Africa is Jeimila Donty’s motto. The Malagasy is committed to protecting these species, which are essential to marine biodiversity, but also to humanity, since coral reefs act as a bulwark against violent natural phenomena such as cyclones, typhoons, hurricanes, etc. Recently, she launched a crowdfunding campaign to raise funds for her project to protect and save the continent’s coral reefs.

Jeimila graduated from ESSEC Business school in France in “management, entrepreneurial activities and operation of small businesses” in 2018. She became interested in marine biodiversity thanks to her parents, entrepreneurs, who founded water aquarium shops, a zoo, a coral farm… After taking over with her brothers “Marine Aquaculture Nosy Be”, the family business whose main activity was breeding for export, following the sudden death of her father in 2020, she thought about ways to make it an environmentally friendly company.

After discovering the possibility to replant coral to restore reefs, but also the lack of corals’ restoration projects in Africa, she decided to launch Koraï initiative, knowing that by 2070, the 12,000 km2 of coral reefs in Africa bordering the Indian Ocean will disappear due to climate change.

Koraï, an initiative in favour of African corals

Launched in 2022, the “Koraï” project aims to save corals in Africa and restore reefs. The initiative gives companies the opportunity to participate in protecting and safeguarding marine ecosystems in Africa through a network of coral nurseries. Launched in her country, Madagascar, the project aims to protect the 12,000 km2 of coral reefs in Africa, which are mainly found along the coast of East Africa, from the Red Sea to South Africa, through the Mozambique Channel, and which are threatened by fishing practices, water pollution, global warming…

The initiative offers three coral restoration solutions, including a tailor-made CSR plan for companies wishing to contribute to the return of biodiversity to their environment; a carbon offset scheme via plantations; and educational tours of coral nurseries.

To date, with her brothers, she has launched a first coral plantation in Madagascar. They have also initiated a first restoration experiment around the island of Antosha where life has resumed and whose experience should be carried out on other sites in Africa.

Prior to this, Jeimila Donty worked at « Jeune Afrique » as product marketing manager – French and English speaking markets from 2019 to 2020; then as subscriber retention manager from 2020 to 2021 and finally as product manager – ranking and sponsorship in 2022. She is also a shareholder in “Time for the Planet”, a company planning to raise €1 billion to deploy 100 innovations to fight global warming.