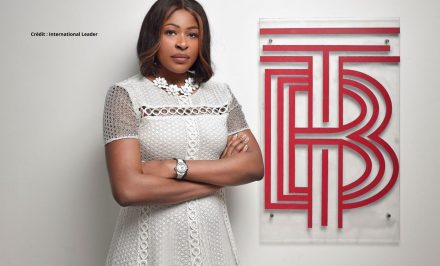 Valérie Neim is a wealth management expert, the founder of « Brazza Transactions », a company accompanying higher net worth Africans in french speaking African countries to manage their wealth and invest efficiently.

The businesswoman graduated from South Bank university in London in England with a Bachelor in « business management » and a Master in « information systems management ». She also holds an MBA in entrepreneurship from Oxford university. After her studies, she started her career at Santander Bank in England, then worked in Fujitsh-Siemens and later in a dutch company, TNT Logistics as a consultant.

Shortly afterwards, she decided to go back to Africa and joined l’Union Bank of Africa (UBA) in Gabon in 2009 where she was in charge of VIP customers for the central african region. Then, she took over the family’s company (CCPC Finance)- « Crédit Coopératif Participatif du Cameroun », a microfinance institution based in Douala. When she took the direction of CCPC, the company was on the verge of bankrupcy. She breathed a new life into the company, change the management, by relying mainly on women employees who constituted 90% of the company’s workforce. From 2011 to 2019, she increased the company’s turnover by 200%.

Valérie Neim is also the founder of Invictae, the first network of African women leaders running flourishing companies in Africa.It is a platform intended to be a place where wealthy people can be accompanied, listened to and supported, in order to achieve greater ambitions and invest more.It brings together Africa’s iconic businesswomen and high-net-worth individuals in order to develop an elite network and build on world best investment and gender funds available on demand.