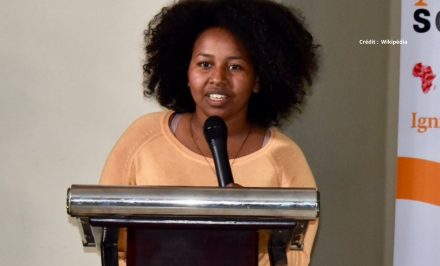 Betelhem Dessie is a software engineer and a technology education entrepreneur. She is the founder of Icog – Anyone Can Code in Ethiopia. She is considered as the young pioneer disrupting Ethiopia’s emerging tech scene. In 2019,  Quartz Africa ranked her in its list of African Innovators.

Born and raised in Ethiopia, Betelhem Dessie became fond of computers at an early age. At 8, the young girl was exposed to computers and new technologies thanks to her father who owned an electronic shop. She started using her fathers’ computer and soon improved her skills in video-editing, computer maintenance, installing cellphone softwares. At only 10 years old, she was able to code in HTML. She even started teaching computer skills to her classmates at school. By 20 years old, she already had 6 software programs copyrighted in her name, among which an application that maps irrigation projects in Ethiopia which was developed for use in government.

She moved to Harar and at 10 years old, she was employed as Software Developer by the Ethiopian Information network Security Agency (INSA). In 2012, at 13 years old, she was recruited as Mobile Application Developer for TECNO Mobile ET. She moved on to work as Technical Manager for EBAGD Computer and Related Working PLC from 2012 to 2015 ; as well as trainer at Bahir Dar University and Mentor at the « Girls Can Code » project of the US Embassy in Addis Abeba.

She also founded Anyone Can Code (ACC) and launched iCog Anyone Can Code (Icog-ACC), a partnership between ACC and iCog Labs, an Ethiopian research Center focused on artificial intelligence where she is currently Chief Advisor. iCog – ACC trains children on topics related to robotics, artificial intelligence, programming. In 2016, it started out as an initiative under iCog Labs. After it reached more than 26 000 children and youth in Ethiopia and abroad, it was formed as a company by the end of 2020.

She is also the cofounder of Solve IT, a project which aims at equipping the youth with the necessary skills to innovate and create their own startups in the developing world.

Betelhem Dessie attented Addis Abeba University where she studied software engineering. In 2019, she was named as one of African Innovators by the business digital platform, Quartz Africa.