Rwanda: Jocelyne Muhutu-Rémy, from Facebook to the management of Spotify in Sub-Saharan Africa 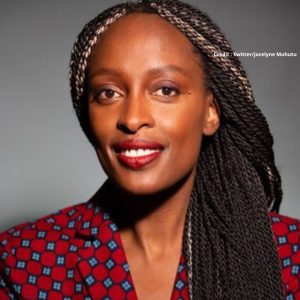 Since November 2021, Jocelyne Muhutu-Rémy has been heading the Sub-Saharan Africa branch of the Swedish music streaming platform Spotify. A graduate in International Relations and Journalism, the Rwandan previously held the position of “Strategic Media Partnerships Manager- Sub-Saharan Africa” at Mêta (formerly Facebook).

Today, Jocelyne Muhutu-Rémy is the head of the Swedish music streaming and podcasting service Spotify in Sub-Saharan Africa. Her mission is to implement the platform’s expansion strategy in Africa.

Muhutu-Rémy began her career as a radio journalist, notably with Voice of America and Radio France Internationale (RFI) in the late 1990s. She then joined Reuters in 2000 as a TV journalist and did several reports, notably on Africa. She spent 4 years there, before joining the Reuters Media Department as head of Africa. For more than 7 years, she was in charge of business development, designing sales strategies for Reuters products, programs, etc. in Africa, as well as collaborating with online platforms, radio stations and telephone operators on the continent.

After working for Viacom International media Networks Africa, as “Distribution Manager” in Africa, from 2011 to 2015, she joined Walt Disney Company Africa as “Head of content Distributor Africa” from 2015 to 2018. From there, she was recruited in 2018 by Facebook, for the position of “Strategic Media Partnerships Manager” in Sub-Saharan Africa. Based in South Africa, she worked among others, with African media, advising them on strategies to develop and increase their audience on Facebook and Instagram. She also worked on projects around the fight against misinformation; and accompanied content creators and public figures on strategies for success on the Meta group’s platforms. She spent three and a half years there before joining Spotify.