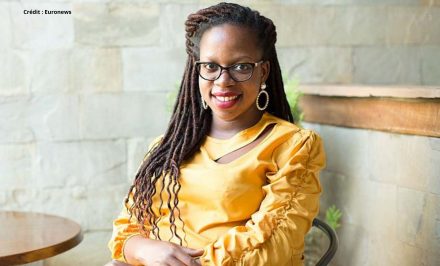 Thanks to the m-SCAN Uganda, a mobile ultrasound machine she invented, Phyllis Kyomuhendo has helped saving the lives of several pregnant women and their babies in Uganda, especially in remote areas of the country. To date, the Ugandan radiographer has been able to help examine more than 1,800 pregnant women and detect more than 300 cases of pregnancy complications in her country thanks to her invention.

Since 2017, Phyllis Kyomuhendo has been working to eradicate maternal and neonatal mortality in her country. A widespread scourge, especially in remote areas, due to the lack of medical equipment, but also the low economic level of the populations.

It was during her medical training at Makerere University, particularly during a field and research placement in the north of the country, that she became aware of the extent of maternal and neonatal mortality in Uganda. A country where every day, 16 women die due to the risk of maternal mortality, according to statistics published on the m-SCAN website. During her internship, she was unfortunately unable to use the equipment at the hospital where she was referred due to the lack of electricity. She also witnessed many deaths of pregnant women. For her, these situations could have been avoided and prevented by ultrasound scans during pregnancy.

At the end of this experience, she realized with two of her colleagues that their challenges were the same. They decided then to create a device that would allow them to perform ultrasounds, taking into account the challenges of remote areas, such as the lack of electricity, water, etc.

Over 1,800 pregnant women scanned in Uganda

In 2017, with funding from the United Nations Population Fund (UNFPA), they designed Mobile Scan (m-SCAN), a cheaper, easy-to-use mobile ultrasound machine. The device is portable and can be plugged into a phone or computer. It can also perform any type of ultrasound that a normal machine can : abdominal urology, obstetric ultrasound, pelvic ultrasound, gynaecological ultrasound, etc.

Thanks to this device, pregnant women in Uganda no longer have to travel miles to have an ultrasound scan, or go through their pregnancies without medical examinations…

To date, m-SCAN has scanned more than 1,800 pregnant women and detected more than 300 cases of complications during pregnancy. The device has democratised ultrasound for pregnant women in the country, as in Kalangala district there was only one ultrasound machine for a population of 80,000 people. Thanks to this innovation, pregnant women, who until now were simply palpated by doctors during their medical visits due to a lack of equipment, can now have safer diagnoses and a good follow-up of their pregnancies.

Because of her innovation, Phyllis Kyomuhendo was a 2019 Mandela Washington Programme Fellow and the winner of the 2018 Young Achievers Awards, an annual competition in Uganda that recognises youth creativity.