Nigeria: Oluyemi Adetiba-Orija, the lawyer who helps prisoners get justice 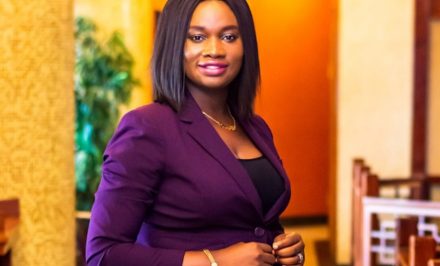 Together with a team of Nigerian lawyers, Oluyemi Adetiba – Orija is mobilized to decongest Nigeria’s prisons, helping innocent inmates get justice. She is the founder of Headfort Foundation, an NGO established in 2019, which has helped to free nearly 200 prisoners in Nigeria to date.

In three years, Oluyemi Adetiba-Orija and her NGO have helped to free several innocent people from prison. A lawyer for many years, the Nigerian has decided to dedicate part of her career to helping innocent, often poor, inmates, imprisoned for years to obtain justice and get out of prison. After working as a legal practitioner and lawyer from 2013 to 2016, notably for the local government of Uruan in Akwa Ibom State, Nigeria, for the law firm “Abiodun Onidare & Co”, where she is in charge of representing clients in criminal courts, she realises that many innocent people are often convicted and imprisoned, simply because they are poor and cannot afford a lawyer to defend them.

After setting up “Headfort Chambers” in 2017, a law firm, specialising in employment law, family law and succession, commercial and corporate law, real estate and property, in 2018 she founded “Headfort Foundation”, which started its activities in March 2019. The objective of the NGO being to decongest Nigerian prisons, by enabling indigent inmates to have access to free legal representation in the criminal courts and to get out of prison. Through its actions, the NGO aims to enable every person in society, regardless of their financial status, to access justice; but above all to advocate for criminal justice reform in Nigeria.

Led by an all-female team, the NGO has launched several projects to achieve its goal, including “Lawyers without borders”.An initiative launched in September 2020 that aims to provide easy and free access to justice for indigent and underrepresented people in society through mobile lawyers’ offices that review the cases of poor inmates and victims of police brutality every day.

In parallel, the NGO launched the “Lawyers Nownow App”,a mobile application that aims to digitalise the « Lawyers without Borders project ». Available on IOS and Android, the app connects users to a lawyer closest to their geographical area.

Through “Bail the indigent”project, the NGO aims to solve another problem, that of paying bails and fines for people in prison. Each month, the initiative solicits contributions for 20 inmates, both online and offline, with an average of N60,000 for each inmate.

Headfort Foundation also aims to sensitise the population, through the “Sensitization Project”, which targets taxi drivers, traders, domestic workers, secondary school students, etc. who are often victims of police brutality. The aim is to make them aware of their rights and the steps to take in the event of arrest by the police. Finally, thanks to the “ex-inmate support initiative”, the NGO enables former inmates to reintegrate into society, either by returning to school or by learning job skills…

As a result of all these initiatives, Oluyemi Adetiba -Orija has been ranked in the BBC 100 Women. She graduated with a Bachelor of Laws degree from Ekiti State University in 2012; a Diploma in Law from the Nigerian School Law. She is also a graduate of the Institute of Chartered Secretaries and Administrators of Nigeria in 2015.