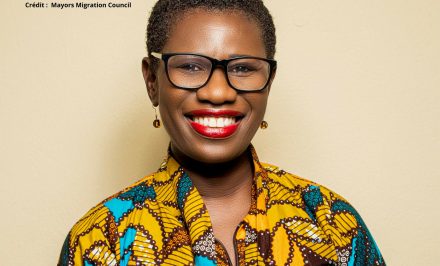 Yvonne Aki-Sawyerr is the current mayor of Freetown, the capital of Sierra Leone. Elected in 2018, she launched the « FreeTown Tree Town » project, an initiative to plant one million trees in the city by the end of 2022, to combat the effects of climate change in the country.

In 2017, Sierra Leone experienced a massive landslide, claiming the lives of nearly 1,000 people in a matter of minutes. A sad event that marked Yvonne Aki-Sawyerr. For several years, Sierra Leone has been suffering from the effects of climate change, due to increased deforestation in recent years linked to urbanisation. This has resulted in delayed rains and flooding, leading to a massive rural exodus of people to the city.

In 2018, with a view to solving this problem, Yvonne Aki-Sawyerr decided to run for the municipal elections and was elected mayor. Through her project “FreeTown a Tree Town”, she committed to plant 1 million trees throughout the city by the end of her term in 2022, to mitigate the effects of climate change in her country.

The initiative aims, among other things, to increase vegetation in the country’s capital by 50%, restore eroded riverbanks, increase biodiversity in Sierra Leone and protect watersheds. As part of the project, 50 tree species were grown in a nursery. These were then planted by volunteers in schools, public spaces, offices, forests, mangroves, homes, hillsides, etc.

The project is not just about planting trees, but about growing them. Neighbourhood teams are in charge of monitoring each tree planted thanks to a tree tracking application created within the framework of the project. An innovative initiative that led her to intervene at the last COP26 in Glasgow in 2021 in Scotland.

Yvonne Aki-Sawyerr holds a Master’s degree in International Relations and Global Economic Policy from the London School of Economics and Political Science. She also holds a Certificate from the Institute of Chartered Accountants in England and Wales.

During the Ebola crisis, she was a planning officer at the National Ebola Response centre. For this, she was awarded an Officer of the Order of the British Empire (OBE) by Queen Elizabeth II in 2016.