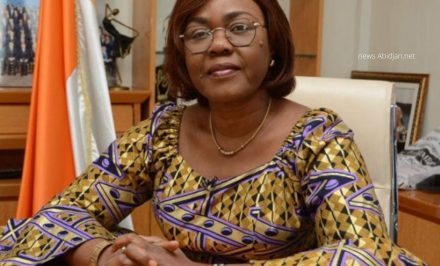 In 2012, Kaba Nialé made history in Côte d’Ivoire by becoming the first woman to be appointed Minister of Economy and Finance in the country. Her rich experience in the finance sector has led her to become the Governor of the AfDB and the Islamic Development Bank (IDB).

After a master’s degree in economics, specialising in public economics from the National University of Côte d’Ivoire, Kaba Nialé continued her studies in Paris. She obtained a diploma in economic statistics engineering from the European Center for the Training of Statisticians and Economists in developing countries (CESD) and a postgraduate diploma in international economics/development economics from the University of Paris 1 Panthéon-Sorbonne. In 1993, she graduated from the International Monetary Fund (IMF) Institute in economic management.

She began her professional career at the National School of Statistics and Applied Economics (ENSEA) as a lecturer in macroeconomics, statistics and international economics. In 1991, she joined the Prime Minister’s Office and for some time, she was in charge of studies and then, chief of staff to the Prime Minister. In 2000, she became deputy chief of staff at the Ministry of Economy and Finance. In 2003, she became head of the office of the Minister of Handicrafts and Informal Sector Management.

An economist with a successful career

In 2011, she joined the government as Minister for Housing Promotion. She held this position for a year before being appointed minister of Economy and Finance, thus becoming the first woman to head this department in Côte d’Ivoire.

During her tenure, the country undertook numerous economic and financial reforms, which helped to boost the confidence of private investors. It also mobilised its first resources on the international financial markets. During this period, Côte d’Ivoire achieved an average annual growth rate of 9%, becoming one of the most dynamic economies in Africa.

In January 2016, she was appointed Minister of Planning and Development. As such, she provides expertise to the government in mobilising resources for the financing, monitoring, evaluation of investments and for the elaboration of development strategies.

As Minister of Planning and Development, she serves as Governor of the African Development Bank (AfDB) and the Islamic Development Bank (IDB). From 2019 to 2020, she chaired the AfDB Board of Governors. She contributed to the 7th general capital increase of the bank by 125%, which thus increased it from USD 100 billion to USD 225 billion.

In addition to her ministerial function, Nialé Kaba has been a member of the National Assembly of Côte d’Ivoire since March 2021.

In 2015, Jeune Afrique magazine ranked her in the “Top 50 most powerful women in Africa”, qualifying her as “Minister of merit”.