Patricia Kingori, the Kenyan sociologist who is climbing the ladder of Oxford University 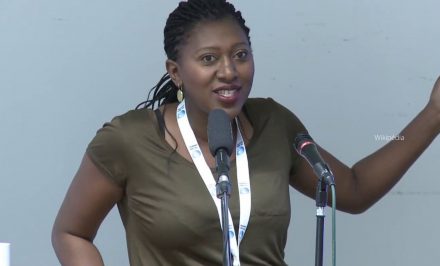 Patricia Kingori is a Kenyan sociologist specialising in the study of pseudoscience and misinformation. Last november, she was appointed full professor at Oxford University, becoming one of the youngest women and researchers of African descent to hold that position in that institution.

Originally from Kenya, Patricia Kingori was appointed full professor of sociology and global health ethics at Oxford University this month of December. She is known for her research that combines sociology of science, medicine and ethics.

Born in Kenya, she spent her childhood in St Kitts in the Caribbean. Then, she moved to London as a teenager and studied at Royal Holloway, University of London. She specialised, in particular, in sociology. A passion born from her upbringing and childhood spent in different countries. “When you’ve lived in different countries, you find yourself asking: what makes this society work and what makes it special compared to another,” she explains on the Wellcome Trust website.

She graduated from the University of London in 2000 with a BA in Sociology and went on to complete an MA in Medical Sociology at the same university in 2001. After seeking funding for her thesis for a long time, in 2007 she obtained a doctoral grant from the Wellcome Trust medical charitable foundation. This enabled her to conduct her research at the London School of Hygiene and Tropical Medicine. She then flew to Kenya to conduct her fieldwork and was joined by her family some time later. But at the end of 2007, due to the political crisis in the country and being pregnant, she was forced to abandon her research and return to England.

After obtaining her PhD in 2013, she pursued her postdoctoral training. She was awarded a fellowship to conduct research at the Ethox Centre at the University of Oxford under the supervision of Professor Michael Parker. This time, she chose to conduct her research in three countries, namely Gambia, Cambodia and Uganda.

A researcher who studies the fake

In her work, she studies, among other things, the fake in the medical field. She works specifically on what she calls « the genuine fake », in other words the fact that something can be real and fake at the same time. She explores this notion, particularly in knowledge production and medicines. She is interested, among other things, in the fabrication of data by researchers in the field. “This idea came to me while observing field workers and people who make data. They spend more time making data than collecting it properly. They know their participants so well that they don’t need to ask them certain questions. They can accurately guess their answers,”she explains in the podcast “Exploring the genuine Fake” published on the Oxford University website. She is also interested in fake scientific journals and shadow intellectuals, who write articles, essays and theses for others. Finally, in her work, she conducts research on fake in drug production and investigates how health professionals manage to distinguish genuine from fake drugs on the basis of experience or packaging.  Her work also covers false information, false diplomas, etc.

Thanks to her work, Patricia Kingori was awarded the Oxford University Merit Award.  In 2015, she was listed in the Powerlist, the ranking of the 100 most influential people of African and Caribbean descent in England.