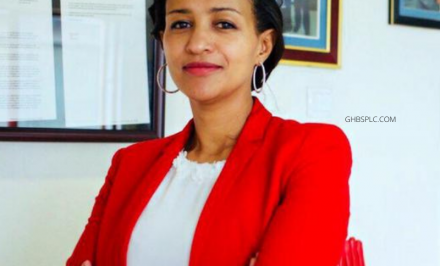 In Ethiopia, Tsedenia Mekbib runs one of the country’s largest leather tanning and leather goods companies, Pittards Ethiopia. She has been running the British company in Ethiopia since 2017 and received the Ethiopian government’s Good Practice and Transparency in Business Award in 2019 and 2020.

Since 2017, Tsedenia Mekbib has been Managing Director of Pittards Ethiopia, a British leather tanning company based in Ethiopia whose relationship with the country dates back to 1900.

After a Bachelor’s degree in Chemistry from the University of North London and a Master’s degree in Business Administration from the University of Leicester in England, she worked as a research assistant for the British multinational company GlaxoSmithKline (GSK) from 2005 to 2010. Back in her home country, she immediately joined Pittards Ethiopia in 2011. A 187-year-old British leather tanning company that produces finished leather products for retailers in the UK and Ethiopia.

As general manager of Pittards Products Manufacturing, she played an important role from 2011 to 2017, particularly in the diversification of the group’s activities, helping to set up the manufacture of leather-based work gloves. Every day, the company produces 5000 leather gloves. In 2017, she was appointed Managing Director of Pittards Ethiopia, with responsibility for the operations of the Edjersa tannery and the product manufacturing plants in Addis Ababa.

In ten years, the Ethiopian woman has become one of the most important figures in Ethiopian business and in the leather industry, in particular. An important sector in the Ethiopian economy, as the skin of animals from Ethiopia are in high demand for its resistance to the cold winter weather due to the country’s climate. Each month, the country exports about 20,000 leather shoes internationally.

In her company, women play an important role. They represent 80% of the 1,500 employees. Likewise, the company also promotes the employment of people with disabilities.

Under the leadership of Tsedenia Mekbib, Pittards Ethiopia won the Ethiopian Ministry of Revenue Award for good practice, loyalty in paying taxes and transparency in their activities in 2019 and 2020.