Morocco : Rim Benwahoud, an executive who advocates for women’s leadership in insurance 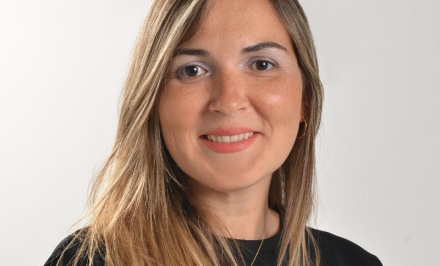 Deputy Managing Director of Benwahoud Assurances since 2016, Rim Benwahoud is today one of the few women to run a company specializing in insurance and reinsurance brokerage in Morocco. The young executive is now advocating for more representation of women in management positions in this sector.

In 2010, Rim Benwahoud began her professional adventure in the insurance and reinsurance brokerage sector. As the daughter of an insurance broker, she spent her entire childhood in this environment and “discovered the nobility of this profession”,she confides. As a teenager, she was already passionate about the profession. After her baccalaureate, the young Casablanca native flew to France in 2004 where she specialised in this field without hesitation. After obtaining a degree in business management at the University of Montpellier in 2007, she then joined the National School of Insurance (ENASS) where she trained for a year and worked alternatively for groups such as Axa and Pierre & Vacances, before joining the Higher School of Insurances (ESA) in France where she got her master’s degree in 2010.

Back in Morocco the same year, she decided to learn the profession on the ground. She then began her professional career within the Benwahoud group specializing in insurance and reinsurance brokerage. Within the family business, she started her career at the bottom of the company ladder and tackled the realities on the ground, which allowed her to prepare herself for the entrepreneurial profession. After nearly six years in various positions within the company, she was appointed Deputy Managing Director of the family group in 2016.

At the head of the company, she faced several challenges to succeed, including making her own name, gaining the trust of customers and establishing herself in a male-dominated environment. “Working in an environment where the people you deal with are predominantly men often requires a great strength of character to succeed. And as often when the company bears the name of the founder, you have to fight hard to impose yourself, I had to assert my style,” she confided to Africa Women Experts.

Female leadership: an added value within the group

Very quickly, at the head of the group, the young woman manager brought her own touch. In addition to her management duties, supporting the group’s customers and negotiating with insurance companies, she helped the group to embark on new projects. The group is diversifying its insurance services and developing niche expertise, particularly in engineering. It intervenes, in particular, in the management of certain strategic files in Morocco, by negotiating the best conditions for the management of numerous infrastructure sites such as motorways, dams, thermal power stations… In 2019, the group becomes the first insurance broker in Morocco to introduce a dedicated insurance for vintage vehicles. A pride that the director does not hide! Moreover, the young entrepreneur is delighted with the socio-economic impact of the company in Morocco, because for her, insurance and reinsurance brokerage has its full scope in society, particularly in Africa. “The insurance industry has a socio-economic role: the sector contributes to introducing into the culture of the citizen the need to save and transfer the risks of responsibility of their assets and persons to insurance companies. This prevents families from being overdrawn and unable to bounce back in the event of problems. In Morocco and more generally in Africa, people quickly understand the importance of our business,”she explains.

After five years at the helm of Benwahoud Assurances, the young woman now has the ambition to strengthen the company’s visibility locally and internationally, to develop the group in Africa, to use artificial intelligence for the fluidity and reliability of the company’s daily management…