DRC: Iris Nzolantima, activist for the inclusion of youth in governance institutions 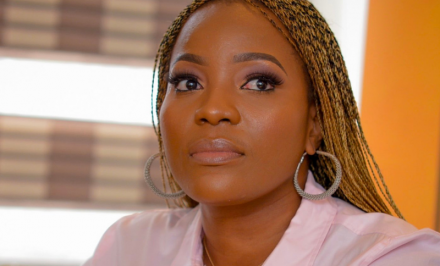 In the Democratic Republic of Congo (DRC), Iris Nzolantima advocates for youth inclusion. Defender of the African Youth Charter in the DRC, she is the initiator of the “Jeunes Chefs d’Etat” Collective which works for the integral participation of youth in decision-making functions in the DRC and co-coordinates the presidential program “A la table des décisions ”.

In recent years, Iris Nzolantima’s name has been associated with the political commitment of young people in the DRC. A dream she had nurtured since her childhood. “Ever since I was a kid, I’ve always wanted to be a politician. First I wanted to do journalism, then aviation, but eventually I studied public relations,“she told axenordsudmedia.com.

Today, the young activist is an advocate of the African Youth Charter in DRC and carries the voice of young people from her country and the continent.

It was in 2020 that she launched the « Jeunes chefs d’Etat » initiative, with two other young people, after participating in a training at the African Union for the development of the “1 million young people by 2021” program and in a training course for Heads of State, which resulted in a mandate to mobilise 100 young people in the DRC. “It was like a challenge. That is how we set up the initiative with two young people,”she explains. Through the collective, the aim is to set up a system for integrating young people, especially African talents, into the country’s public institutions.

In a short time, she launched several initiatives. Among other things, the collective trained more than 200 young people on the model of the African Union. She also co-coordinates the presidential programme « A la table des décisions », which aims to train, educate and awaken young people to the awareness of change, to take on civic commitment and to implement the African Youth Charter. In less than two years, she managed to mobilise 500 young people who are directly involved and more than 10,000 indirectly in different provinces of the DRC.

In addition to advocating for youth inclusion, she also promotes women’s rights in the DRC. In 2015, just after her graduation, she committed to promoting menstrual hygiene for young women, after noticing the precariousness of several young women in terms of menstrual hygiene. She learned that in the commune of N’Sele, during their menstrual periods, women dug holes in the sand and sat there for hours on end, letting their periods flow so that no one noticed, until the end of their period, or used old loincloths. She therefore decided to campaign for sanitary pads to be made available to young women every month. She then created the House of Irico Foundation, a platform that campaigns for young women aged 10 to 25 to have access to tampons and sanitary pads. In particular, she launched the “Break the silence, let’s talk about menstruation” campaign to lift the taboo surrounding menstruation in the DRC.

In addition, through the « Jeunes chefs d’Etat » Collective, she has been committed since 2020 to the UN Women’s Generation Equality Program, which aims to promote gender equality. Having applied for a call for interest from UN Women France, the Collective is the only one to have been doubly labelled by “Generation Equality Voices” and “UN Women France” in the framework of this initiative.

Iris Nzolantima is also a member of the Gender Advisory Council of the President of the Democratic Republic of Congo.