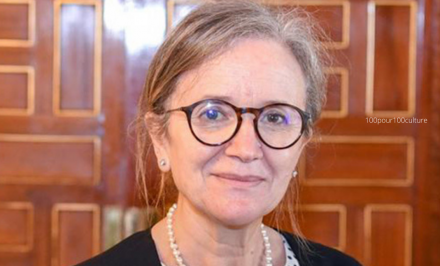 Since Wednesday 29 September, Tunisia has a new Prime Minister. Najla Bouden Romdhane, an academic and geologist by training, has been appointed as head of government, with the first task of forming the new governmental team. She thus becomes the first woman to hold this position in the country.

For the first time, the Tunisian government will be headed by a female prime minister. And it is Najla Bouden, who has been appointed to lead this mission. But who is the new resident of the Kasbah?

She also holds a master’s degree in petroleum exploration. Until her appointment, this native of Kairouan held the position of General Director and Head of the Management Unit of the Higher Education Modernisation Project.

She also held the position of Policy Officer in the Cabinet of the Minister of Higher Education and Scientific Research in 2015.

One of the main missions of the new prime minister and her government will be “to put an end to the corruption and chaos which has spread to many state institutions”, said the Tunisian head of state Kaïs Saïed.

The appointment of the new prime minister has been welcomed, in particular by the Tunisian Association of Democratic Women, which stressed that it had requested it from the president.

In addition to constituting the new government, Najla Bouden Romdhane will have to deal with several issues, including improving the Tunisian economy…