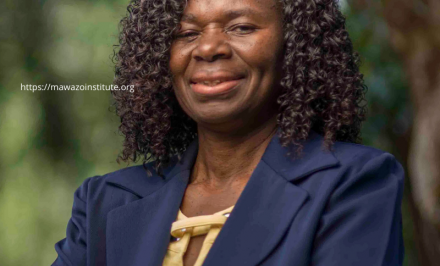 In more than 30 years of career, Mary Abukutsa Onyango has dedicated herself to the study of “indigenous” plants in Kenya. As a specialist in plant physiology, she has been working for years to raise awareness of Africa’s “indigenous” plants and their potential to fight against malnutrition.

It was from her personal experience that she decided to embark on a career in the study of plants. As she was allergic to animal proteins from her childhood, her parents cooked for her plants, such as African nightshade, cowpea leaves, vegetable cortea, pumpkin leaves… which were abundant where she grew up.

In 1977, after graduating from high school, her father encouraged her to go to university. She then decided to specialise in agriculture and graduated with a Bachelor of Science degree from the University of Nairobi in 1983. In 1988, she obtained a Master of Science in Agriculture and pursued a PhD in floriculture, plant physiology and nutrition which she got in 1995 from Wye College in England.

Unveiling the potential of African vegetables

Through her work, she reveals the potential of “indigenous” African vegetables. She shows, in particular, that amaranth leaves and African nightshade contain proteins and iron, and are rich in calcium and vitamins (B9, A, C).

She looks at how to cook these vegetables in order to fight against malnutrition and provide protein for those who do not eat meat. She shows that “indigenous” vegetables have more nutritional value than imported vegetables such as spinach and cabbage and advocates for a return to local crops to promote better nutrition. She decries the decline in vegetable consumption by Africans and promotes the advantages of these vegetables, including their short growing time, their adaptation to the local climate, tolerance of stress, their nutritional value…

In addition to her research, she has also campaigned for plant consumption since the 1990s. In particular, she conducts education campaigns and works with restaurants and supermarkets to encourage them to incorporate ‘indigenous’ vegetables into the diet to fight against malnutrition.

Through her many awareness-raising activities, she pushed the Ministry of Health to call on hospitals to use ‘indigenous’ vegetables in the menus of patients with AIDS.

As a reward for her work, she received the title of ‘Scientist of the Year’ in 2002 by the International Biographical Centre in Cambridge, England. In 2009, she won the first prize at the Young Professionals and Women scientist research competition in Ethiopia. In 2014, she was awarded the Edinburgh City Medal for her commitment to finding sustainable solutions to obesity and malnutrition in Africa.