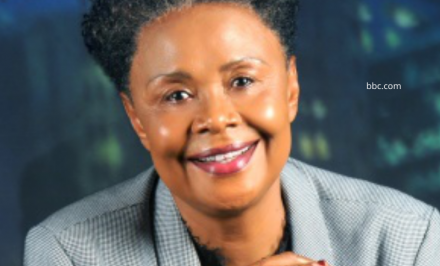 Hulda Swai is a Tanzanian scientist specialising in nanotechnology. She is known to have pioneered nanomedicine research for the development of drugs for tuberculosis and malaria. She is the 2020 recipient of the African Union’s Kwame Nkrumah Prize for Scientific Excellence.

In 2001 she joined the Council for Scientific and Industrial Research (CSIR) in South Africa as a senior researcher. In particular, she led the research group on encapsulation and delivery of malaria and tuberculosis drugs.

From 2007, she established and directed the Department of Science and Technology (DST)/CSIR Pan-African Centre of Excellence for Research and Training in Applied Nanomedicine and focused on poverty-related infectious diseases. The centre worked to improve therapeutic agents used in the treatment of diseases such as tuberculosis and malaria.

In 2016, she joined the Nelson Mandela African Science and Technology Institution (NM-AIST) as Professor of Life Sciences and Bioengineering. Within the institution, she is responsible for leading her group in applying for the African Centre of Excellence funded by the World Bank. After stiff competition, the institution was chosen to host two African centres of excellence, one of which she leads.

As part of her work, she conducts extensive research to improve drugs for tuberculosis and malaria using nanomedicine. She is developing several projects, including the Malaria Project, which was awarded $6,000,000 by the World Health Organisation.

Given the enormous potential of nanomedicine for the diagnosis and treatment of diseases, she promotes this branch of science in Africa through awareness-raising, the organisation of scientific meetings, workshops on nanomedicine, etc.

Due to her extensive work, Hulda Swai has received several awards. In 2015, she was among the top three scientists in the world in the review of the Master’s program in Nanoscience in South Africa.

In 2021, she received the Kwame Nkrumah Prize 2020, an award given by the African Union to women scientists on the continent for their excellence in research.