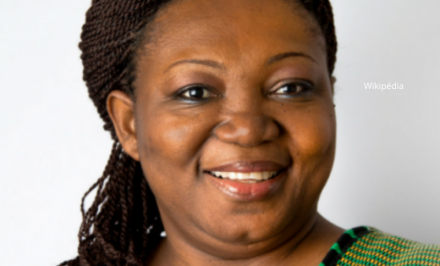 Nnenna Nwakanma is a Nigerian activist who campaigns to improve women’s access to the internet and to reduce the violence they suffer online. This has earned her the name « web advocate ». Recently, she was named one of the 100 most influential African women by Avance Media.

Nnenna Nwakanma is a strong advocate for women’s access to the internet. Chief Web Ambassador for the World Wide Web Foundation, she has made women’s access to information and communication technologies her main spearhead.

After graduating in history, English and religion from Andrews University in the United States, she began her professional career in Côte d’Ivoire at the African Development Bank (ADB), while completing a master’s degree in international relations at the Atlantic University. In charge of moving the organisation from the old Telex system to the Swift system, she discovered the Web, which she would never leave.

After several experiences in the digital sector, among others in e-learning, in 2013 she joined the World Wide Web Foundation, an organization aiming at promoting the open web, as coordinator of the African region. After successively being Senior policy manager, senior manager for Africa, policy director, she has been Chief Web Advocate since 2019. As Chief Web Ambassador, she advocates for changes to promote meaningful internet access, open data, an open web for all of Africa, affordable internet access, data rights, digital freedom. Within the organisation, the Nigerian works with the United Nations and Gafam to improve access to the web and reduce the digital divide.

In 2016, as coordinator of the Africa region, she initiated the TechMousso project in Côte d’Ivoire, a competition whose objective is to finance, in partnership with the UN, the web foundation and the Millennium Challenge Corporation, projects aimed at enhancing data relating to women. Thanks to this initiative, the Mousso Pass was born in 2019, a connected jewel in which a digital health record is integrated.