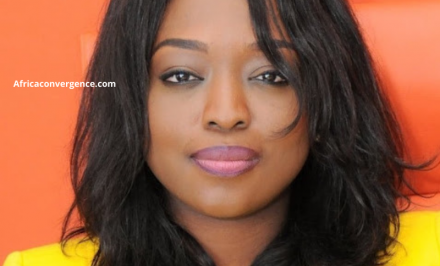 Amy Sarr Fall is a Senegalese award winning education and women’s rights activist. She is the founder of the « International Conference on the future of Education ». In 2018, she was listed in the 100 most influential young Africans ranking.

Amy Sarr Fall is a communication specialist who is known for her commitment in favor of girls’education in Africa, as well as women’s leadership. After an international baccalaureate in Senegal, she studied international business administration at the American university in Paris. She started her career at an IT company in New-York city. During her stay in the US, she had the privilege to meet in 2007 Barack Obama who was then running for elections. After meeting him, she created the blog « World for Obama » to support Obama’s elections. Her positions and views drew New-York Times attention which gave her the title of the « Comment of the day ».

Then, she decided to go back to France to pursue a Master’s in Global Communications. And soon after her graduation, she worked for Publicis, a french company specialized in advertising and Public Relations.

After a successful career in communication abroad, the young Senegalese went back home in 2009 and created in 2010 a weekly magazine, « Intelligences », the first political and economic magazine launched by a woman in Senegal. In few years, her media outlet flourished and she launched a second magazine, « Ambitions », which focuses on the empowerment of women. Her media highlights leading figures of development in Senegal. Besides her media, she also created a communication agency to help schools and hospitals to prepare efficient communication campaigns.

A commitment for education

In 2012, she launched « La Grande Rentrée Citoyenne », a conference that gathers annually 2000 students from all over the country and 60 mentors. The conference gives voice to pioneers from various fields who have had impact in their respective communities.

She is also a motivational speaker for youth and has inspired a lot of students across her country and around the world. She spoke during conferences in Harvard, George Washington university, Science Po…

She also created the platform, « Global Citizens’ Initiative for Education », gathering  leading figures in international politics, science, culture, which launched in 2018 the « International Forum for the future of education » to advocate for the adaptation of educational systems to the new socio-economic context.

In 2016, Amy Sarr Fall was named « Woman of the Year » by the Calebasse Awards. In 2019, she was ranked among the 100 most influential young Africans by the Africa Youth Awards. She was also named « Goodwill ambassador for education and citizenship » by l’ « Office national des Pupilles de la Nation (ONPN), an organization for disadvantaged children in Senegal.