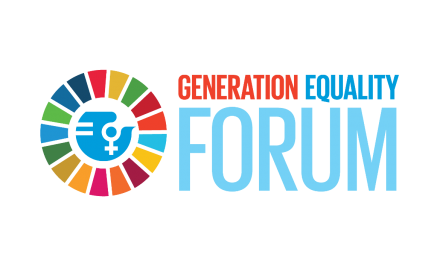 From June 30 to July 2, 2021, UN Women organized the 2nd phase of the Generation Equality Forum, co-chaired by France and Mexico, after the first phase held from March 29 to 31, 2021. The Forum, which aims to be a Global gathering for Gender Equality, took stock of progress and launched a global action plan to accelerate gender equality by 2026.

To achieve concrete results in terms of gender equality by 2030, the Generation Equality forum is launching a five-year program funded to the tune of 40 billion dollars.

Increase funding for women’s rights organizations and movements by 50%

Reduce the number of working women living in poverty by 17 million by 2026.

Bodily autonomy and sexual and reproductive health and rights

Increase delivery of comprehensive sexuality education in and out of school, reaching 50 million additional children, adolescents and young people.

Increase the proportion of bilateral climate finance earmarked for gender equality to 88%.

Technology and innovation for gender equality

Reduce by half the gender digital divide

Increase investment in women’s technology and innovation by 50%.

Double the proportion of women working in technology and innovation.

Double the rate of funding from all sectors committed to movements, organisations led by women, girls and feminists.