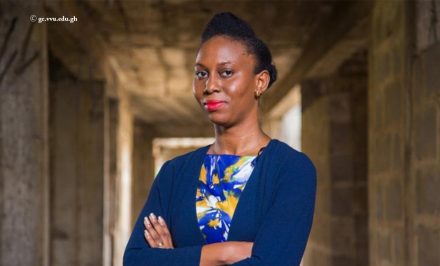 Ethel Delali Cofie is a Ghanaian tech entrepreneur who is very committed to strengthening women’s leadership in technology. She is the founder of “Women in Tech Africa”, a pan-African organization whose objective is to increase the presence of women in the technology sector in Africa.

Ethel Delali Cofie is one of the most influential female voices in Africa promoting women’s leadership in technology. This technology specialist has had a career of over twenty years in technology, first as a computer scientist, then as an entrepreneur and consultant.

With a bachelor’s degree in computer science from Valley View University in Ghana, she entered the professional world alongside her studies in 2004 as a systems analyst and developer. In 2006, she flew to England where she completed a Masters in Distribution System at the University of Brighton. After her training, she joined RDF Group as a system/business analyst. She then worked as a sales representative for IT solutions at Vodafone in Ghana.

In 2013, she embarked on entrepreneurship and founded Edel Consultancy, a company that provides IT and software services to businesses. The company also provides a platform from which women are led into technology networking groups and alliances focused on educating and enhancing the careers of women in technology.

In 2014, she trained in leadership, business and entrepreneurship at Yale University School of Management through the Washington Fellowship, a scholarship program for young African leaders to develop their leadership and management skills.

Committed to more women in tech

In 2016, Ethel Delali Cofie launched « Women in Tech Africa » whose main mission is to increase the number of women in technology. An organization born from the desire of its founder to create a club for girls. “I started Women in Tech Ghana because I wanted to create a girls’ club – if business promotions and business were conducted in golf clubs and around beer, then I could also create a space for women in technology to support each other and excel,” she confides on the “Lionesses of Africa” website.

The organization is open to aspiring young women tech entrepreneurs, between the ages of 18 and 40, and has members from 30 countries around the world. Its goals are to encourage more women to get involved in technology and take leadership positions in this field. It also aims to encourage women to become entrepreneurs in the fields of science, technology, engineering and mathematics.

The organization has launched several programs on the continent, including the Digital Women in Tech Week festival, the MTN Girlcode project, the Africa Boot Camp empowerment project, the AgriHack Talent Initiative…