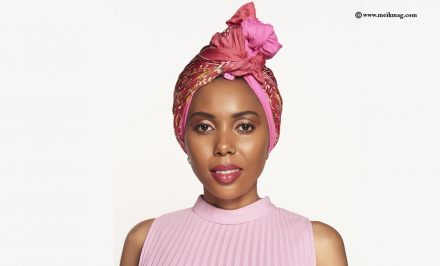 Jaha Dukureh is a Gambian women’s rights activist committed to fighting against excision. She was victim of genital mutilation at one week age and forced marriage at 15. Her experience led her to commit to ending these inhumane practices in Africa.

Jaha Dukureh was just born that she was victim of excision, like many girls in Gambia at the time and still today in several African countries. At 15, just after her mother’s death, she moved to the United States, for an arranged marriage that had been planned earlier with a man older than her. She found it difficult to consummate her mariage. She then underwent a surgery to undo the infubilation she was victim of.

Less than a year after immigrating to the United States, she ended up divorcing when she was 16. She moved in with some family members living in the United States and decided to resume her studies. After being rejected several times because she did not have the consent of her legal guardian, she was finally enrolled in a New-York High school.  At 17, she moved to Atlanta, Georgia, where she remarried and had 3 children.

In 2013, she earned a Bachelor of Management degree from the University of Georgia Southwestern. That same year, she founded « Safe Hands for Girls », an anti-female genital mutilation (FGM) association which campaigns to eliminate FGM, and to support and protect victims and survivors of FGM in the United States and elsewhere.

Through her organization, she campaigns to end FGM, which affects more than 200 million women around the world. In the United States, her country of residence, she denounces the silence around FGM.

In Gambia, she worked alongside women’s organizations and civil society. Thanks to her activism, the Gambian government banned FGM in 2015. In 2017, Accidental Picture and the Guardian produced a feature film about her life under the title : Jaha’s Promise (The Promise of Jaha). In February 2018, she was appointed UN Women Regional Ambassador for Africa. The same year, she also ran for the Nobel Peace Prize. In 2020, L’Oréal chose her as international brand ambassador.

Thanks to her commitment to fighting against excision, Jaha Dukureh was ranked in 2016 by The Times Magazine among the 100 most influential people in the world. In 2017, New African magazine named her one of the 100 most influential people in Africa. That same year, she was also honored with the « Human Rights Activist, Humanitarian of the Year » award at the 7th African Diaspora Awards.