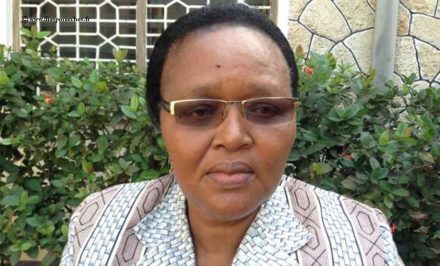 Feddy Tesha is a Tanzanian farmer and entrepreneur. After succeeding in raising a cow in her plot, this former civil servant has managed to become the owner of one of the largest dairy farms in Tanzania. She was also the President of the Tanzania Dairy Association.

Feddy Tesha holds a graduate degree in social work from the National Social Welfare Training Institute (1988). She worked for several years as a public servant. In the early 2000s, she decided to buy a cow and milk it to better feed her four children. After providing good care to the cow, this farmer’s daughter managed to collect more milk than the average (10 liters per day). She decided to sell the extra milk to her colleagues.

Given the success of her business, she decided to acquire a second cow, then others and gradually, built two stables, thus increasing her milk production capacity. Then, she founded Profate Investment Ltd, a company that focuses on the production, processing and distribution of dairy products in Tanzania. The company produces and processes around 1000 liters of milk per day. Besides producing some milk from her own cows, she also receives milk from more than 130 producers, cooperatives and farmer groups across the country. In 2014, her company was recognized  by Grow Africa,  as an inclusive business model.

Following her sucess in raising cows, the farmer set up a practical dairy demonstration farm in Tanzania to train farmers. She provides courses and training on cow farming, including modern dairy production practices, the architecture of dairy farms, veterinary care, hay storage and the use of grain silos, hygienic handling of milk, biogas and solar energy, preparation of drought-resistant pastures with high nutritional value… She mainly trains Maasai women, who traditionally take care of milking cows.

The success of her business brought her to the position of President of the Tanzania Milk Processors Association (TAMPA) from 2012 to 2017. In addition, she was a member of the Board of Directors of the Southern and Eastern Africa dairy association and of the Agricultural Council of Tanzania (ACT). She is also member of the National Milk Council and the Dairy Development Forum Committee.

Feddy Tesha holds a graduate Diploma in international business management from the College of Business Education (2003).