Absa Sar Chay, the Senegalese who combines wax and porcelain 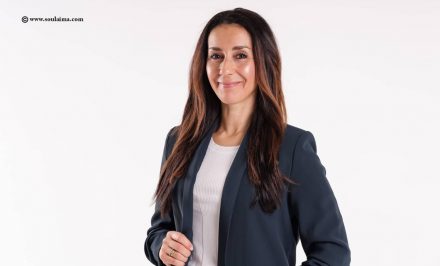 Soulaima Gourani is a Moroccan-Danish entrepreneur, motivational speaker, advisor and writer. She has dedicated her career to motivate people to become upstanders, changemakers and entrepreneurs … In 2019, she founded Women Reignite, an online university, that brings career and life development tools to women, allowing them to impact their communities.

From a very young age, Soulaima was ambitious. She dreamed of getting a good education and influencing the lives of others. However, no one believed in her. In Denmark, her mother’s country, she encountered many obstacles. Excluded and devalued because of her Moroccan origins, she faced several difficulties in her school experience. At 13, she dropped out of school, ran away from home and found herself in children’s home and foster care. Despite these “tough years”, as she calls them, Soulaima managed to become the first one in her mother’s family to graduate from high school and to get an MBA.

She worked for multinational companies such as Hewlett Packard, Maersk. In 2007, while expecting her first child, she was laid off. She struggled to find a new job. “Honestly, I could not get a job because no one wanted to hire a pregnant woman. I had no choice but to start my own business,” she says. In all these tough experiences, she managed to bounce back and above all, to find her calling.

Finding opportunities in the midst of hardships

In 2007, during the worldwide financial crisis, she realized that she had the qualities that companies needed in those uncertain times: resilience, courage, confidence … “It turned out that what I am good at was very much needed during those difficult years. I have had so much adversity in my life that I might be more robust in though times. My core competencies of business sales, customer retention and personal resilience were in high demand – during and after the crisis,” she explains.

This is how she launched her consulting firm, Soulaima Art. In 2013, she took her first classes at Harvard on “Public policies in the 21st century”. She followed inspiring conferences on leadership and career development. “When I took my first classes at Harvard a few years back, I thought that this kind of education should be available for more people,” she says. In 2019, she founded Women Reignite, an online university, that brings accessible and affordable life and career development tools to women to have more impact. Her goal is to equip “200 million women by 2040”. At the same time, she launched Happioh, a software that helps women create thriving communities and virtual conferences. The Silicon Valley-based tech company collaborates with people who have worked for Google, Facebook, Youtube…

Soulaima is also a motivational speaker… Each year she hosts several conferences around the world for personalities, changemakers, entrepreneurs… She is also the author of more than 16 books including “Ignite your career”, “Take control of your career”, “courage to success”. In 2019, she appeared in the “top 50 global thinkers”, a ranking produced by Stuart Crainer and Des Dearlove, two international management experts.