Lahou Keita, the Guinean who conquered the aeronautical industry 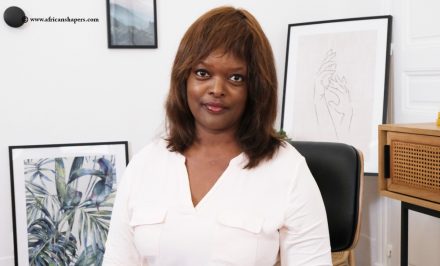 Lahou Keita is an aircraft inspector. She is one of the fewest women and Africans to evolve in the field of aeronautics. She is the co-founder of Keitas Systems, an aerospace consulting and expertise firm. She controls airplanes around the world and performs pre-purchase inspections.

Lahou Keita became passionate about aeronautics when she was still 9 years, thanks to a cartoon, « Goldorak », portraying a character exiled on earth in a flying saucer. Her childhood dream was then to work later in aviation. An ambition that pushed her years later to pass the entry examinations of Orly’s National School of Civil Aviation (ENAC). Unfortunately, she did not succeed, but managed to rebound thanks to her knowledge acquired in preparing for the ENAC examinations. « I was not selected, but I did not let myself be discouraged, because having prepared the ENAC entry exams allowed me to knock on the door of Dassault Falcon Service at Bourget airport, which has been a great springboard for my career », she says.

After working as an operator in the aircraft centering department at Charles de Gaulle Airport, she joined the French aircraft manufacturer Dassault Falcon in 2002. As a woman and African, she had to fight to join the aircraft manufacturer. Thanks to her mastery of five languages, including Finnish, she was finally selected as a technical sales representative within Dassault, and was in charge of the Finnish customers of the company.

In 2006, she joined swiss maintenance centers, namely RUAG Aviation and Jet Aviation where she learnt how to apprehend all the different types of aircrafts.

In 2011, Lahou and her sister Fatou Keita, doctor, cosmetologist and graduate of HEC, decided to launch Keitas Systems, an aerospace consulting and expertise firm to support aircraft operators. After working for years with different companies, Lahou discovered that men and women understood aircraft maintenance management differently. Moreover, as a woman and an African, it was difficult for her to evolve and be respected. « I decided to create Keitas Systems because I no longer wanted to be dependent on the decisions of men that I did not always find fair, because my approach of aircraft maintenance management is different. Women have a much safer approach, which can generate conflicts with our male counterparts », she says.

The beginnings of the company were difficult, since the two sisters financed the company on their own. But after a few years, Keita Systems managed to build reputation in aeronautics in Europe and North America. The company is currently one of the subcontractors of Dassault Falcon Service. It also launched « Tempeus », a portal which allows operators to follow in real time with their smartphones the maintenance of their aircraft until delivery.

Located in Nantes, the company has opened a new office in Quebec. In 2020, it was chosen to set up the world’s first aeronautical hub, « Maintenance hub Canada », which will network the country’s airlines, maintenance centers and aeronautical actors.

Today, Lahou Keita’s ambition is to make Tempeus a global reference portal for airports and aircraft manufacturers in 5 years.