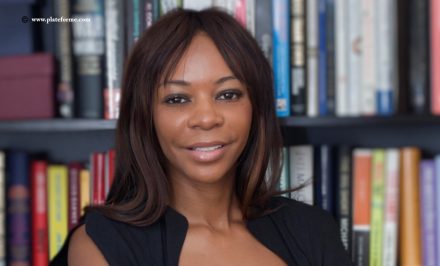 Smart, charismatic and tenacious, Dambisa Moyo is a Tanzanian economist, speaker and author who stands out with her direct, frank and impactful economic analyses. Very familiar with international financial circles, she is best known for her unfavorable positions on Western foreign aid to African countries in her book « Dead Aid » (2009), which were harshly criticized by the world’s greatest donors and some African heads of state.

Dambisa Moyo is one of the fewest African women economists. Specialized in macroeconomics and international relations, she advocates for a « financial » freedom of developing countries, in the world’s biggest economic gatherings, in famous media such as New York Times, Financial Times, Wall Street Journal or in Ted talks.

Dambisa Moyo was born in Tanzania in 1969, at a time when apartheid was still widespread. She was considered a non-person and had no birth certificate, as was the case for all black people at that time in South Africa. However, she had the privilege of having intellectual parents. Her father worked in academia and public administration, and her mother ran a bank. This allowed her to discover the importance of studies.

From chemistry to finance

At the end of the 1980s, she began her graduate studies at the University of Lusaka where she opted for chemistry. In 1991, she went to the United States where she pursued her studies in chemistry, before shifting to finance with a master’s degree in business administration at the American University in Washington DC. This opened her doors of the largest international financial circles, such as World Bank where she worked as a consultant from 1995 to 1997. She resumed her studies, obtained a master’s degree in public administration at Harvard University and joined the American investment bank Goldman Sachs. She worked notably as director of strategy for sub-Saharan Africa and advised developing countries to issue bonds on the international market. In 2002, she defended her doctorate on savings rates in developing countries at the University of Oxford.

After working for years at Goldman Sachs, she left the firm in 2008, shortly before the publication of her book in 2009, entitled « Dead Aid » which made her known. She criticizes economic assistance to African countries as a political, economic and humanitarian disaster which paralyses their economy. For her, development aid for Africa does not work and does not hold African governments accountable. If her work was applauded by several African leaders, it was also openly criticized by several donors, like Bill Gates whose foundation is involved in international aid in Africa. « Rejecting the arguments I raise at a time when I have seen the economic success of transforming countries such as China, Brazil and India, devalues ​​my experiences, those of hundreds of millions of Africans and others around the world who, day after day, suffer the consequences of the aid system », she replied on her website.

Dambisa Moyo is the author of two other books: « Winner take all: China’s race for resources and what it means for the world » (2012) and « How the West was lost : fifty years of economic folly- and the stark choices ahead » (2011).