DRC: Marie-Chantal Kaninda, a mining expert with an inspiring career

Benin: Vèna Arielle Ahouansou or innovation at the service of healthcare

Diana Brondel, the Senegalese who teaches finances to teenagers 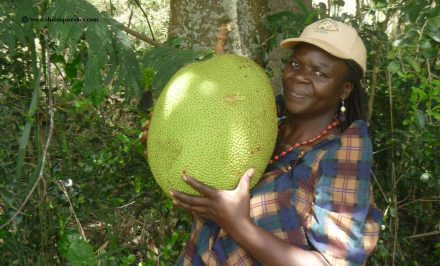 Judith Bakirya is a Ugandan farmer who promotes traditional farming practices in Africa through permaculture and agrotourism. After a diploma at the University of Birmingham and a career in an NGO in the United Kingdom, she converted to agriculture in 2000, a devalued domain in Africa, especially for graduates like her. She founded BUFRUIT, a large agro-heritage farm, whose annual turnover reaches 90,000 dollars.

Born into a farming family, she had an experience in agriculture from her early childhood. After remembering her past, she then realized that her deep desire was to pursue a career in agriculture. She immediately left her position in 2000, returned to Uganda and embarked on agriculture, despite her level of higher education, knowing that this activity, in Uganda, as in most African countries, is despised and frowned upon.

Back to the origins … agriculture

Back to her country, she first had to acquire land for her project, but needed funds. She could not get a loan in commercial banks, since agriculture is considered very « risky ». She finally got a small loan from the « Village Credit and Savings Association » that she added to her savings and founded « Busaino Fruits and Trees ».

She opted for permaculture as an ecological technique and moved away from modern techniques. This technique consists in creating an agricultural space where nothing is wasted, as in forest. On a 1,064-acre plot, she grew fruits, vegetables, herbs, raised animals and practiced agro-business.

Her initiative was unique in the country and the continent. In 2014, she won the Competition for the best farmers sponsored by Vision Group and the Embassy of The Netherlands in Uganda. Then, she took part in agricultural fairs and attended agricultural exhibitions in the Netherlands. An experience that inspired her deeply. Back to Uganda, she successively launched her own exhibition center for traditional medicine and culture in Jinja district. In 2017, she created the National Agrotourism Institute to promote this innovative form of tourism in Uganda.

Raised in a farming family, she learned agricultural methods early, especially from her grandmother who introduced her to several medicinal plants and showed her the importance of preserving certain plants.

In her agricultural practice, she opposes modern agricultural methods, which produce a lot of waste, use fertilizers and are not respectful of the environment …. She also collaborates with small farmers in neighboring regions to teach them her farming methods and help them organize themselves into « savings and credit associations » to access financing. « Traditionally in Africa, we grow our plants and raise animals at the same time. This concept is disappearing among us. We want to be an example, because the issue of climate change is a major one. Those who come to work with us understand that with little means we can always protect the environment », she told BBC. The farm’s incomes come from selling fruits, medicinal plants, agrotourism … It has an annual turnover of $ 90,000.