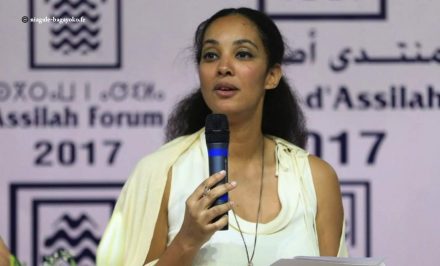 Niagalé Bagayoko is a political scientist. She is an expert in security systems in African francophone countries. She is the current chair of the African Security Sector Network (ASSN) whose objective is to promote governance of the security sector in Africa.

Niagalé Bagayoko holds a PhD in political science (international relations) from the Institute for Political Studies in Paris. She is an expert in security systems in Africa. She has led extensive field research on the reform of security systems (RSS) in francophone African countries, the international security policies carried out in sub-Saharan Africa, European security policies (France, United States, European Union) in Africa and African conflict management mechanisms.

After a three-years experience as ASSN senior expert from 2015 to 2018, Niagalé Bagayoko became the chair of the network in 2018. ASSN’s mission is to harmonize and support the various African organizations working for better governance of security systems. In this context, Niagalé Bagayoko led several programs related to different conflicts in Sub-Saharan Africa, especially in Mali, Cameroon, Central African Republic, Burkina Faso … In 2019, she led a research team for the study of the deep roots of community- based confict in G5/Sahel countries » . She also coordinated a program for security governance in Cameroon and Nigeria. In 2018, she made an assessment of civil-military relations in Burkina Faso and provided assistance to the United Nations Development Program (UNDP) in order to help Burkina’s authorities to draft their security strategy.

In addition to her work on security systems in Africa, she also worked for peacekeeping in turbulent and terrorist-prone areas. From 2010 to 2015, she was head of the peacekeeping and peacebuilding program for the International Organization of La Francophonie (OIF). In this context, she assisted the OIF delegate for peace, human rights and democracy on all issues related to peacekeeping and peacebuilding and security sector reform in different countries. She also coordinated the OIF’s advocacy strategy to mobilize its member states to participate in UN peacekeeping operations. From 2012 to 2015, she worked with the United Nations department of peacekeeping operations to promote francophone experts in the missions of the United Nations police.

As a researcher, she was lecturer at the Institut d’Etudes politiques in Paris from 2005 to 2006 and associate fellow at the Center for Research and Education on Strategy and Technology from 2006 to 2007 where she was responsible for the research program « coalition stability operations in sub-Saharan Africa ». From 2018 to 2019, she was the team leader of the MOOC (Massive Online Open Course) on « peace and security in francophone Africa » for Léopold Sédar Senghor University in Egypt.

In 2003, she obtained the first prize for university research awarded by the « Institut des Hautes Etudes de la Défense Nationale » for her doctoral thesis defended in 2002.