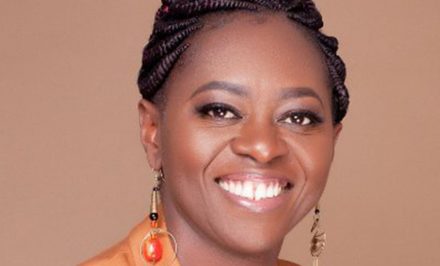 Last October 2019, Faith Osier was elected president of the International Union of Immunological Societies (IUIS). As part of her three-year presidency term, the Kenyan researcher, who teaches at the Heidelberg University Hospital in Germany and in the KEMRI-Wellcome Trust” research program in Kenya, ambitions to train 1000 African doctoral students in immunology over the next 10 years. Her aim is to strengthen the representation of African scientists in the field of immunology.

It was in 2016, when she was vice-president of the IUIS, that she realized that low-income countries were poorly represented in the organization, which counts more than 60,000 members. And yet, they have the greatest needs in immunology. To overcome this African under-representation, she decided to promote “immunology without borders”. The idea is to encourage 1,000 immunologists in the organization to supervise an African doctoral student in their laboratories, to reach 1,000 African immunologists in 10 years, meaning 100 doctoral students per year.

In 2019, the “Legacy Project Initiative” was launched. For the moment, a dozen African students have each benefited from funding for their research and are pursuing their final doctoral year in international laboratories, notably at the University of Leicester, at the National Institutes of Health in the United States, at the Institut Pasteur in Paris… As part of the project, the International Union of Immunological Societies has also created a website which lists the 102 laboratories participating in the initiative, 50% of laboratories in Africa and 50 % in the rest of the world, to allow immunology students to establish links between them.

Faith Osier is best known for her research in immunology and malaria. She is studying how humans acquire immunity against malaria in order to develop new vaccines. Every year, hundreds of thousands of people still die from the disease, although a vaccine was developed over a century ago to eliminate malaria.

She leads two teams of more than 25 scientists in Kenya and Germany. They have carried out 15 projects aiming at creating highly effective malaria vaccines. Their research have established links between immunity to malaria and certain proteins. To verify these results, Faith Osier and her teams were able to collect 10,000 samples in three months in 15 African countries to analyze the reaction of antibodies from children and adults to a hundred malaria proteins. Today, the researcher and her teams are pursuing their research, with the ambition of definitively eradicating malaria.