Login Sign Up
Headlines :
Laëtitia Mampaka, the Congolese who excels in eloquence competitions 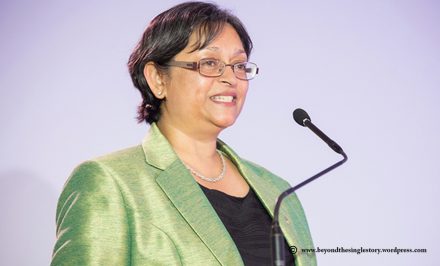 Quarraisha Abdool Karim is a South African infectious diseases epidemiologist. Her work focuses mainly on the prevention and treatment of AIDS, particularly in South Africa, a country with one of the highest HIV infection rates.

Quarraisha Abdool Karim holds a degree in parasitology from Columbia University (USA) and a doctorate in medicine from the University of Natal in South Africa. She is a professor of clinical epidemiology at Columbia University and Public Health at the Nelson Mandela School of Medicine at KwaZulu-Natal University. She is also co-founder and associate scientific director of the Centre for AIDS Programme of Research in South Africa (Caprisa). In nearly 30 years of career, this South African scientist has focused her research mainly on the evolution of HIV epidemic in South Africa, the mechanisms of infection, spread and prevention of the disease among adolescent girls.

In the early 1990s, HIV epidemic spread considerably in South Africa. At that time, she studied the transmission of the virus based on gender and age. It turns out that in South Africa, women were three times more likely than men to be infected and found it difficult to protect themselves in case of reluctance of the husband to wear a condom. While the only existing means of preventing this sexually transmitted disease were designed for men (condoms), she decided to explore other ways to allow women to have their own means of HIV prevention. With a team of researchers, she conducted a study called Caprisa 004 whose results were published in the American journal «Science». In the results of this clinical trial, she highlighted the effectiveness of a topical gel, microbicide, based on Tenofovir and argued that it reduced by 39% HIV transmission among women. In 2010, the American journal «Science» ranked this «discovery» in the top 10 scientific advances of the year.

In addition to her research on AIDS, she also carries out work on tuberculosis, classified as a national emergency in South Africa in 2007. With a team of researchers, she recommended to the South African government, through an article published in the «Lancet Journal», a four-step approach for tuberculosis control, prevention and treatment of HIV based on political will, social mobilization, adequate human and financial resources and sustainable development of health services. With Caprisa researchers, she also demonstrated in a study published in the «New England Journal of Medicine», that the combination of treatments against HIV and tuberculosis can reduce by more than half the mortality rate of those infected by the two diseases.

Quarraisha Abdool Karim is currently pursuing her research on AIDS in South Africa. Given her extensive work on AIDS, ex-UNAIDS Executive Director, Michel Sidibé, appointed her, UNAIDS Ambassador for Youth and HIV in 2017. In 2016, L’Oréal foundation for Women in Science awarded her «L’Oréal-Unesco Prize for HIV prevention and treatment for African women». In 2014 and 2013, she received respectively, the TWAS Prize-Lenovo Science granted by the Chinese company Lenovo and the «Order of Mapungubwe», an honorary distinction awarded by the President of South Africa.