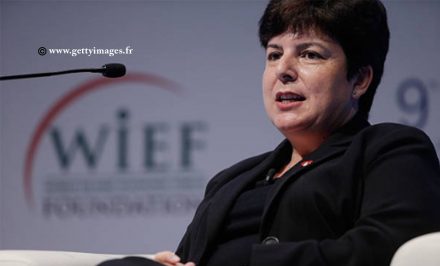 The Union of Communication Consulting Agencies (UACC) awarded, on February 5, the « Sacrée Femme »  prize to Samia Bouchareb, General manager of In & Up Consulting.

Samia was honoured during « Les Imperiales », a meeting that brings together professionals from communication, advertising, marketing, digital and media fields. She was rewarded for her inspiring career, her leadership and contribution to the development of the fields of communication and marketing.

The Moroccan holds an MBA from the University of Rochester in New York. She started her career in 1990 at Johnson and Johnson in the United States, before joining the french division of the company in Paris. In 1991, she worked as Product Manager at Procter & Gamble. In 1997, she joined Coca-Cola and became the General manager of the multinational company in Morocco, North Africa and Equatorial Africa. Since 2016, Samia Bouchareb manages In & Up consulting, a « store » dedicated to marketing strategy.