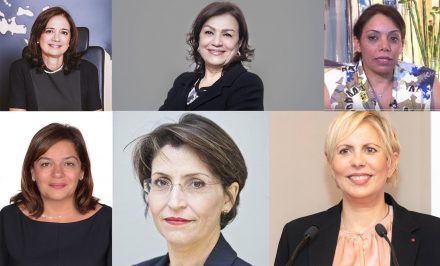 Among the 19 African businesswomen, 9 are Egyptians, 7 Moroccans, 2 Tunisians and 1 Algerian. Nezha Hayat, president of the Moroccan Capital Market Authority (AMMC) is the top African businesswoman in the ranking. She ranks seventh. She has been faithful to the ranking since 2016. She is followed by two other Moroccan businesswomen, namely Laila Mamou, president of Wafasalaf, at the 20th position and Salwa Idrissi Akhannouch (22th) who runs Aksal Group, franchisee from Zara in Morocco since 2001.

Egyptians are more present in the ranking. Mona Zulficar, head of the law firm, “Zulficar & Partners”, is the most powerful Egyptian businesswoman. She ranks 24th. She is followed in the 31st place by her compatriot Pakinam Kafafi, who runs the oil company Taqa Arabia and in the 33rd place by Elham Mahfouz, head of the Commercial Bank of Kuwait in Egypt.

According to the Forbes ranking, banking, financial services, telecommunications, consumer goods, technology, logistics, food, trade … are the most favoured sectors of African businesswomen.

The annual ranking is based on several criteria, including nominations, the size of the companies these women run, their achievements over the previous year, the initiatives they support and their overall professional experience. 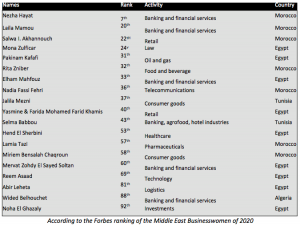