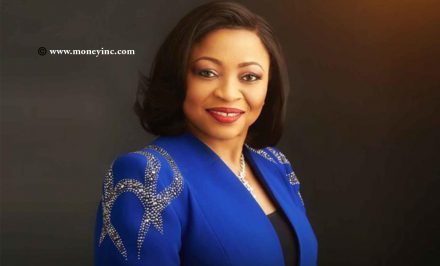 Folorunso Alakija is a Nigerian entrepreneur, businesswoman and philanthropist. In the early 1990s, she invested in the oil industry, a male dominated environment. A decade later, she has become the second richest African woman in the world, according to the Forbes 2020 ranking.

Folorunso Alakija is now one of the 20 African billionnaires in the world, largely because of her courage and ability to take risks. In the early 1970s, she had a successful career as executive secretary in the Nigeria’s “International Merchant Bank”. After twelve years in the banking field, Folorunso decided to quit her job to devote herself to her passion: fashion. She moved to London to pursue her studies in fashion designing at the American College in London and the Central school of fashion.

After graduating, she went back to Nigeria and launched her clothing brand, « Supreme Stitches ». It was not long before the company became a known brand. In 1986, three years after launching her label, Folorunso became the best fashion designer of the year. But the businesswoman had greater ambitions.

In 1991, she explored a different field, the printing sector. She created Digital reality, a company that prints religious works… Two years later, in 1993, she embarked on another completely different adventure. She acquired an oil block, at a time the Nigerian government allowed wealthy citizens to buy oil fields in order to nationalize the country’s oil economy.

While others sold back their oil blocks, Folorunso prefered to exploit it herself. She created her oil prospection company, Famfa Oil limited and acquired a prospecting license to exploit Nigeria’s most profitable offshore oil fields. In 1996, Famfa signed a joint venture with the North American oil company Texaco. It also signed partnerships with Chevron and Petrobras, two American oil companies.

Today, the Forbes 2020 ranking estimates the businesswoman’s wealth at $1 billion. In 2012, the Nigerian billionaire outstripped the American talk show host, Oprah Winfrey, and became the richest black woman in the world.

Besides her business, Folorunso Alakija is also a philanthropist. In 2005, she founded the «Rose of Sharon Foundation» to support widows and orphans in Africa. Over the past ten years, the organization has empowered nearly three thousand widows and their children, including by providing scholarships to encourage young people to start businesses.