Login Sign Up
Headlines :
Dr Yewande Austin : a passion to change the world

Chimamanda Ngozi Adichie, a Nigerian writer committed to the feminist cause

Kamissa Camara, a “repatriate” who conquers diplomacy in Mali

Ghita khaldi : a passionate who works for intercultural exchange, development and cooperation in africa. 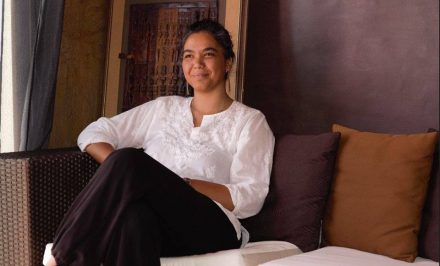 Ghita Khaldi, cultural and artistic projects manager and President of the Moroccan association “Afrikayna”, works for intercultural exchange, development and cooperation in Africa.

Passionate about the arts industry, Ghita Khaldi decided to make her contribution by creating, in 2013, the association“Afrikayna”. She undertakes a series of actions to promote the arts and cultures of Africa through training, creation, co-production and dissemination. The objective is to contribute to the Moroccan and African cultural development among artists, associations, cultural actors, as well as support networks for the promotion of culture and art in Morocco and elsewhere in Africa.

In January 2016, Ghita Khaldi launched the first Moroccan fund for artistic mobility in Africa :“Africa Art Lines” which helped to support more than 95 projects. The fund is used to finance projects in the musical and performing arts sectors, and concerns all artists living on the continent. In 2017, the fund contributed to the implementation of about 40 projects, including taking in charge more than 150 return flights. About the selection process, three calls for applications are launched each year. A preselection is then made by a jury composed of representatives of Afrikayna’s partners.

In the framework of the accompaniment of African artists, Ghita Khaldi regularly sets up Masterclasses for musicians, projects of valorization of the African traditional musical instruments, as well as formulas of accompaniment of intra-African artistic projects. She is also in charge of coordinating and producing  the association EAC L’Boulevard (Festival Boulevard de Casablanca)’s projects.