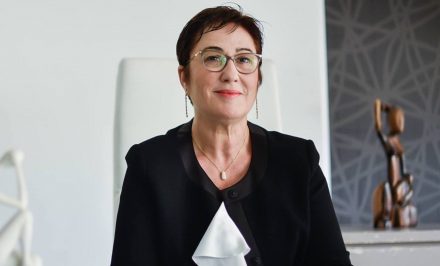 Rajaâ Aghzadi is a reference in her field: breast surgery. She’s a passionate woman who leads a daily battle so that more women in Morocco but also everywhere in Africa, have access to care. Portrait.

Rajaâ Aghzadi is one of those women who put their expertise at the service of a real passion. She’s a specialist in breast surgery who considers it as much more than just a profession, but rather as a real fight she leads on a daily basis. Rajaâ received her baccalaureate degree at the early age of 15 and became a doctor at just 21 years old. She did not stop there and decided to continue her university studies, finishing in 1981 as a promotion major. Until then, a woman had never won such a distinction at the faculty of medicine where she was trained.

Initially a visceral surgeon and then a breast specialist, she soon felt a deep empathy towards these cancer-eaten women who came to see her. What touched her most of all was the case of poor women who could not afford to come for help. It is in this spirit that in 2001, she created the association “Coeur de femmes” that she has been chairing ever since. Through this association, Rajaâ Azghadi travels around Morocco, organizing sensitization and care campaigns. Thanks to her, no less than 50,000 women were examined, and when some of them showed signs of a tumor, they were graciously transported to the nearest hospital.

With just as much will and passion, she decided to export her expertise to the four corners of the continent, overseeing, since 2003, health caravans in Ghana, Gambia, Mali, Senegal, Niger and Ivory Coast where she has even been named Honorary Consul. Rajaâ is also a music lover who likes to accompany all her surgeries with classical melodies.  This happy woman is a mother of two and manages, despite a hectic lifestyle and the needs of her trades, to find the time to indulge in another one of her passions: painting.