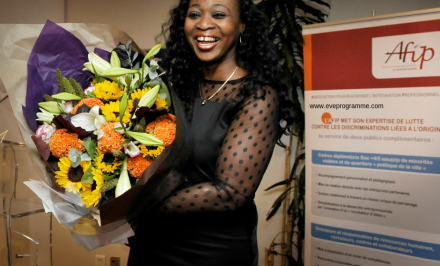 Carole Da Silva is an ambitious woman, very committed to parity, diversity and living together. Throughout her career, she has never stopped acting so that things evolve. A fight she has led on an international scale.

“Never give up on your dreams and let no one believe that it’s not for you. Only one who has never tried can boast of having failed. “

Behind this advice is Carole Da Silva, who’s an engineer in urban social development and integration in Europe. Led by her high standards, it is during her thesis in 1998, that she established a statement that will motivate her commitment: with equal skills, a young graduate “from diversity” finds it harder to find a job than another candidate.

It was therefore in a real daily struggle against discrimination that Carole launched herself, which started by founding the AFIP (Association for Promoting Professional Integration) in 2002. It is through this one that she began to help young graduates, offering them listening and support so that they integrate professionally despite their origins.

In 2005, she participated in the International Visitors Leadership Program (IVLP), which offers emerging international leaders the opportunity to discover the complex world of political, economic, social and cultural life across the Atlantic through exchanges with american leaders.

In 2006, she was appointed to the High Council for Integration and the National Council of Associative Life in France.

The following year, she became ambassador of the European Year for Equal Opportunities, and acceded to the Consultative Committee of the High Authority for the Fight Against Discrimination and Equality (HALDE).

In 2010, she again distinguished herself by becoming the winner of the Ashoka NGO Impact Program, which supports the most impactful entrepreneurial solutions to accelerate social innovation.

New distinction in 2011, when she appears on the list of Ariane Rotschild program, which crowns the best social entrepreneurs on the international scale.

After having created, in 2013, the AFIP USA in Chicago and the AFIP Africa in Benin, she launched “The Glass Ceiling” in 2014, which is a platform for collaborative exchange dealing with discrimination against women in the management of careers.

In 2015, she founded the International Collaborative Foundation (ICF), which provides leaders with a space within which to build their commitment to diversity.

For Carole Da Silva, the commitment of leaders from all sides is essential so that things move in terms of parity, equality of opportunity, diversity and living together.